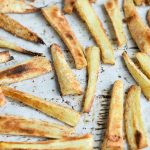 The Best Snack Pairings with Guacamole 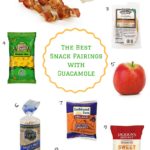 Today I'm sharing The Best Snack Pairings with Guacamole so that you'll never tire of eating it day after day after day... Guac and I are essentially BFF's.  So much so that I am on a first name basis with it.  You know, as opposed to calling it by it's full name, Guacamole. Ever since our [...] 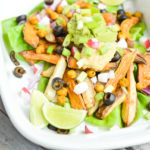 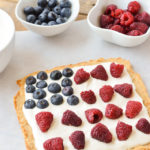 These Paleo Fruit Pizza Bars are the perfect healthier dessert recipe for the Fourth of July and all of your Summer barbecues! America. Am I right? Looking at this Paleo fruit pizza just makes me so darn happy.  It makes me think of Summer, freedom, friends, family, and- to be honest- really good barbecue food. [...] 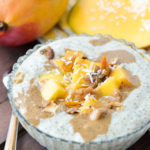 Tropical Coconut Mango Chia Pudding is vegan and Paleo-friendly while satisfying all of your Summer breakfast and snack cravings. Oh, life.  You have been crazy lately. It has officially been 32 days since my first mono symptoms showed up.  And while it has been a rough few weeks, it is honestly hard to believe that it has been [...] 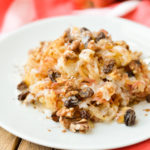 These Apple Cinnamon Roll Haystacks with Toasted Walnuts are healthy comfort food at its finest.  They are perfect for breakfast, dessert, or as a snack! I received free samples of California walnuts mentioned in this post.  By posting this recipe I am entering a recipe contest sponsored by the California Walnut Commission and am eligible [...] 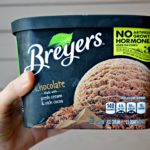 Today I am sharing how real life eats look when you feel like complete crap.  As I mentioned last week, I was diagnosed with mono while on my honeymoon, and have been experiencing symptoms for about three weeks now.  Crazy, right? Unfortunately, one of the symptoms that I have been oh-so-lucky (<--totally facetious) to display [...] 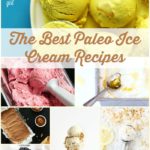 A collection of the best Paleo ice cream recipes perfect for Summer! Once Memorial Day weekend has come and gone, Summer has officially begun... at least in my eyes (I guess technically it isn't until June 20th).  With the start of Summer, so many fun things come to mind.  Vacations, grilling, parties with friends, morning or [...] 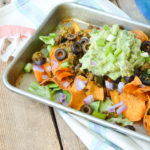 Paleo Nightshade-Free Sweet Potato Chip Nachos make for the perfect meal or snack.  Whip these up quickly for your next party or gathering! This is heaven on a plate.  If you don't think so, feel free to leave (I kid... kind of). Even though I have been introducing some fun new-ish foods as of late, [...] 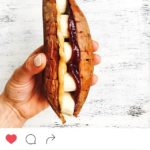 A little meal and snack planning inspiration on this Screenshot Sunday. It's a good thing I prefaced my first Screenshot Sunday post by stating that these would not be an every week thing because I have been big-time slacking.  Every six-ish weeks works okay for you, right?  Gosh, I hope so! As you can imagine, I [...]