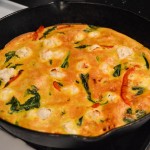 You may or may not have noticed that the blog was missing a little something last month.  Erin, Joanna, and I decided to take a month off from Three Cooks One Kitchen for one very little and special reason.  Little Miss Everly was born a little over a month ago and, rightfully so, Joanna was [...] 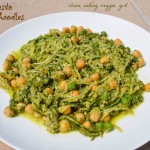 The latest Three Cooks One Kitchen edition where we tackled zucchini noodles, made pesto sauce, and threw it all together with two kinds of peas.  These Pea & Pesto Zucchini Noodles make for the perfect spring or summertime dish. If you want honesty, here it is: Joanna, Erin, and I had the hardest time deciding what [...]

Three Cooks One Kitchen: How to Throw a Fondue Party (Or Not)

February 26, 2015 in Other, Snacks with: 3C1K, appetizer, dinner, how to, lunch, Three Cooks One Kitchen, vegetarian 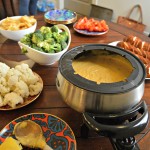 In my weekend wrap-up post on Monday, I mentioned that a little fondue-ing happened this past Saturday.  I also stated that it did not turn out quite how we had hoped.  In this month's Three Cooks One Kitchen post, I am going to share How to Throw a Fondue Party.  Or perhaps I should say, [...] 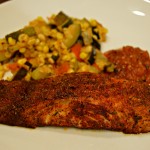 A Three Cooks One Kitchen “Be Our Guest” Tea Party {+Giveaway} 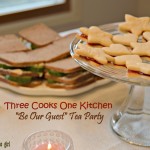 This post is sponsored by Omaha Performing Arts.  As always, all thoughts and opinions are 100% my own! How often do I get to drink fake "tea" out of teacups at a girls' day tea party?  Try never, until now... Three Cooks One Kitchen got a little bit of a makeover this month.  Instead of [...]

November 20, 2014 in Other with: dinner, Friendsgiving, holiday, side, Three Cooks One Kitchen, vegetarian 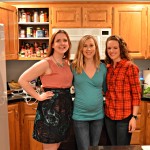 It is officially the time of year when kitchens around the world are full of three, four, five, or even more chefs at one time.  And while things can get crowded and a bit hectic, often times these cooking experiences are the most fun.  Joanna, Erin, and I have been cooking up a storm together [...]

Three Cooks One Kitchen: Grilled Cheese Sandwiches on the Grill 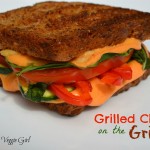 August 14, 2014 in Entrees, Other, Sides with: dinner, side, Three Cooks One Kitchen, vegan, vegetarian 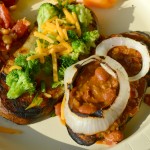 Remember a few weeks ago when I posted a recap of my weekend with Jeremy?  We had a wonderful time and one of our favorite parts was spending a day at the lake with friends.  Both Joanna and Erin were there, so we decided it was the perfect time to cook for our Three Cooks [...]

July 31, 2014 in Entrees, Other with: dinner, Three Cooks One Kitchen, vegan, vegetarian 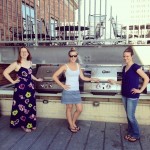 Guess what day it is?  No, not Wednesday (sorry, I had to do it!).  It is actually Thursday, which I am much happier about than Wednesday because that means we are that much closer to the weekend.  But it is not just any Thursday.  This Thursday is a little extra special because it is time [...]

June 5, 2014 in Entrees, Other with: Three Cooks One Kitchen, vegan, vegetarian 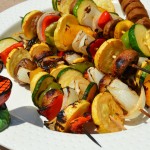 Can you believe that a month has passed since the first edition of Three Cooks One Kitchen?  If you are not familiar with 3C1K, it is a monthly cooking series where Erin, Joanna, and I get together, talk, cook, and eat.  And we want to invite you into our kitchens each month to hang out. [...]