How I Knew It Was Time to Walk Away

Normally I would include a keyword-rich sentence here to help boost the SEO of this post. But I haven’t thought about search engine optimization in months, and I don’t want to start now.

In the last year, I have posted a total of two blog entries. The first one being this recipe; and the second: a life update. That’s one time I’ve developed a recipe, photographed it, edited the photos, and written punny captions. That’s two times I’ve sat down and logged into WordPress. In fact, it’s been so long since I was last in the platform that it looks completely foreign to me now.

While I know blogging is truly a way of life for some people who choose this path full-time, this wasn’t the case for me. I already had a full-time job. Blogging had become a job and a chore. It was about making money, getting page views, and hoping that thousands of people would share my recipes on Pinterest. Blogging no longer had anything to do with bringing me joy or making connections with others. I no longer thought of it as a small way to contribute to the world of food and chronic illness (and how the two relate).

If I’m being honest, I don’t think I realized that chocolate wafer recipe post would be my (presumably) last recipe post ever. In fact, had I known, I probably would have posted a recipe with amazing photos and inspiring text. But May of 2018 (heck, much of 2018) was rough. I was both physically and mentally at my wits’ end as a new mom and a newly-diagnosed person with chronic Lyme disease and Hasimoto’s. I needed a break from it all.

Spending hours developing recipes, photographing, editing, writing, and sharing was no longer a priority for me. It didn’t bring me joy. It brought me stress. It annoyed me. It felt tedious. It took away time spent with family and friends, especially my son. It took away time for self care. I didn’t love it anymore. Heck, I didn’t even like it.

So I walked away. I told myself I would take a break and would return to blogging when I felt inspired to write again. I felt massively inspired at the end of October when I wrote about how much my outlook on life had changed. I was actually happy the majority of the time (and still am!). There are probably a million reasons why my emotional state had improved, but not blogging was definitely one of them.

I no longer plan my weekends based on needing to be home at a certain time to cook and photograph using natural light. I take naps when my son naps instead of trying to push through to get photo editing accomplished. I don’t spend hours of time sharing my posts on social media, hoping I will reach “x” number of page views on that particular day. I rarely ever check Instagram. Instead, I spend time doing the things that bring me joy, however simple they are, and that’s the greatest feeling in the world.

I’m not sure if this blog post is the official end of it all. I don’t think it will be because I still feel I owe you a post about the Lyme treatment I have been doing over the past year. But I wouldn’t place bets on me sharing a recipe post again. If I ever feel inspired like I do today, you’ll get another post. And it won’t necessarily be a post for all of you, it will more be a post for me. Because let’s be real, I don’t think there are a whole lot of you still sticking around!

Food blogging was a roughly five year period of my life where I challenged and pushed myself, learned more than I ever thought possible about photography and technology, and ate a shit ton of good food. It enabled me to capture all of my favorite vacation food memories and favorite recipes all in one place. But most importantly, the thing I will truly be forever grateful for is that blogging brought three of my best friends into my life at a time when I needed them the most. If nothing else, I will always look back on my time blogging fondly because of that.

As of right now, I’m still planning to continue to renew my domain and web hosting so that everything I’ve ever written will still be live on the internet. That’s the thing about recipes. They never get old! I also plan to start teaching myself how to photograph something other than food. I still want to put that pricey camera to good use! 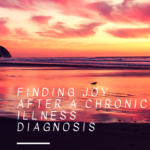 It has been almost six months since my last post.  The last time I had radio silence on the blog, I was pregnant and experiencing morning sickness.  So you may be wondering if that is the case yet again.  I am here to tell you that it is not.  This is not an announcement post [...] 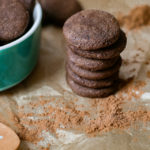 The perfect AIP Paleo carob chocolate wafer cookies to make for your favorite person or yourself for dessert, as a snack, or during special occasions.  These are AIP, gluten-free, grain-free, nut-free, soy-free, egg-free, and dairy-free! Wafer cookies totally take me back to my childhood.  Except 25 years ago they were vanilla wafers and full of gluten, [...]

How I am Healing Chronic Lyme Disease 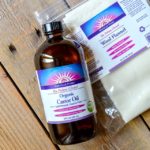 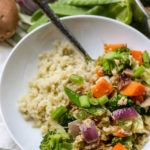 Thank you Wild Selections® for sponsoring this post. For a more sustainable meal, be sure to check out Wild Selections® premium seafood -- it’s always healthy, always Marine Stewardship Council certified, and always delicious! ^Shop for Wild Selections Solid White Albacore Tuna by clicking the image above ^. Y'all, I have not been doing so [...] 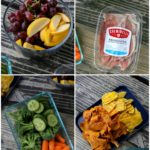 This shop has been compensated by Collective Bias, Inc. and its advertiser. All opinions are mine alone. #SnackWithCreminelli #DiscoverFood #CollectiveBias Date nights and milestone celebrations have been looking a bit different around here than they did a year ago.  Taking off on a weekend getaway a few hours away is not quite as easy as [...] 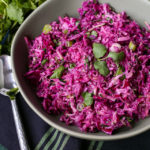 A bright, colorful, and healthy Purple Paleo Mayo-Free Coleslaw perfect for vegan, gluten-free, and Paleo diets alike. So. much. purple. Now if all of this purple doesn't just scream Spring, I am not sure what does.  The temperatures here in the Midwest sure haven't been very Spring-like, so I figure we need to welcome the [...] 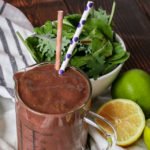 Postpartum Flare Up of Chronic Lyme 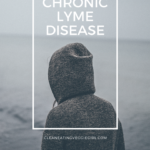 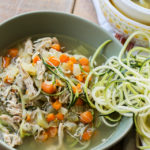 Instant Pot Chicken Zoodle Soup takes the comfort of homemade chicken noodle soup to the next level.  This version is Paleo, grain-free, and dairy-free! I've been feeling quite a bit under the weather lately.  With colds, GI bugs, and a postpartum flare of my Lyme symptoms, things have been pretty rough.  In fact, it is [...] 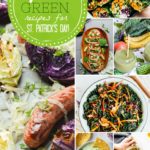