Stop Worrying About What Others Think of You

Learn how to stop worrying about what others think of you with two simple sentences!

For as long as I can remember, I have been a worry wart.  I somewhat blame it on my environment growing up since basically everyone’s experiences as children and teens tend to impact their personality as adults.  I also largely attribute it to the fact that I am pretty Type-A and a self identified perfectionist and control freak.

While having these qualities has been beneficial at many times in my life (hello, driven and high achieving), it has certainly hurt me as well.  Having that internal drive to be “perfect” or “the best” at everything caused me to miss out on things I was afraid to try. It also turned me into someone who nearly constantly worried about how others perceived them. 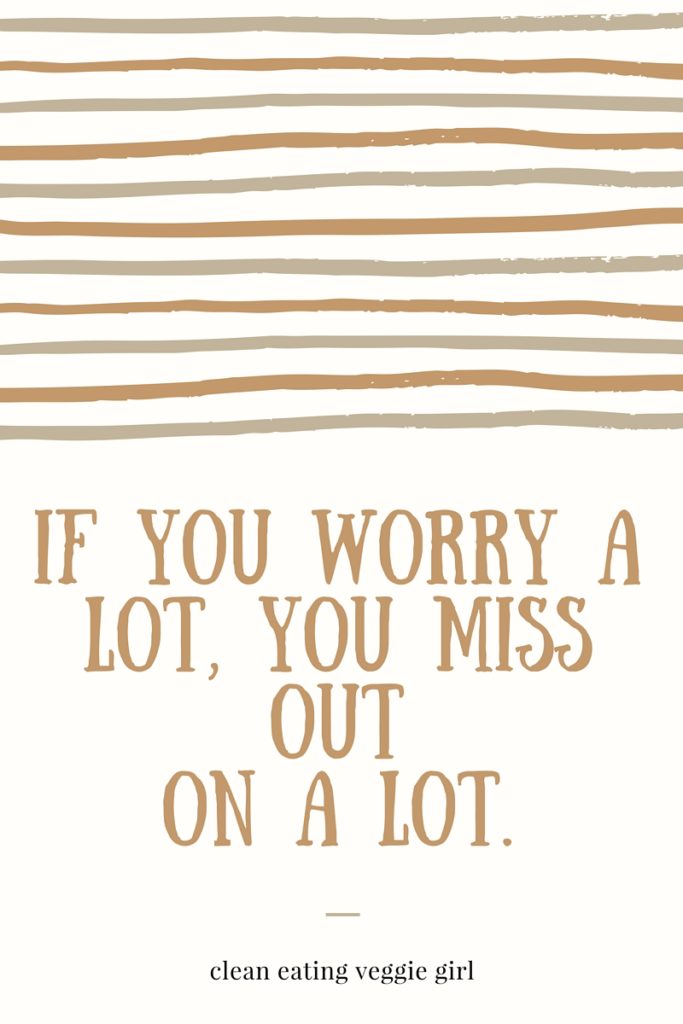 I worried a lot and missed out on a lot all at the same time.

It wasn’t until after college that I started to work on thinking less about how others perceived me and more on how I perceived myself.  Thinking about it now, I am sure this largely aligned with the time that my health issues began.  When your health is failing you, you often have to take the time to be selfish and do what is best for you.  This also usually means focusing on your health first instead of the way your body looks or what others think of your decisions.

Don’t get me wrong.  I’m not saying that I never worry anymore.  I definitely do.  And probably a lot more than “laid back” people do.  But my level of worry wartness has gone from cray cray to just your average worrier.

I have amazing friends and family and generally only care about what they think of me instead of worrying about what the entire world (including people I don’t vibe with) thinks of me.
I am learning to step outside of my comfort zones at work and in the blogging world in order to try new things. <– definitely a work in progress.
I am worrying far less about the way my body looks and more about the way it works.
I don’t worry about saying “no” or declining something if I know it will not bring positivity to my world or if it will unnecessarily stress me out.

So you might be wondering… how am I working to make this transition within my mind?

It’s pretty simple, really.  I tell myself these two sentences whenever I start thinking or worrying about what other are thinking of me, my body, or what I am doing or not doing:

Stop worrying about what other people think.  They’re too busy worrying and thinking about themselves to notice!

I really don’t mean this to sound like I think all people are self-centered and only care about themselves.  Of course that isn’t true in many cases.  But in a lot of cases, it really is!

When you are worried about giving a speech in front of a class or in a meeting, just remember that the other people in the room are probably thinking about their speech and what they are going to say.

When you are worried about how you look in that bathing suit or that dress, remind yourself that everyone else is likely doing the same thing… except about themselves.

When you are worried about whether your blog photos are “good enough” or you are posting the “right thing,” think about how others are critiquing and criticizing their own work.

When you are worried about making the “right” decision, remember that others are grappling with their own decisions that need to be made. 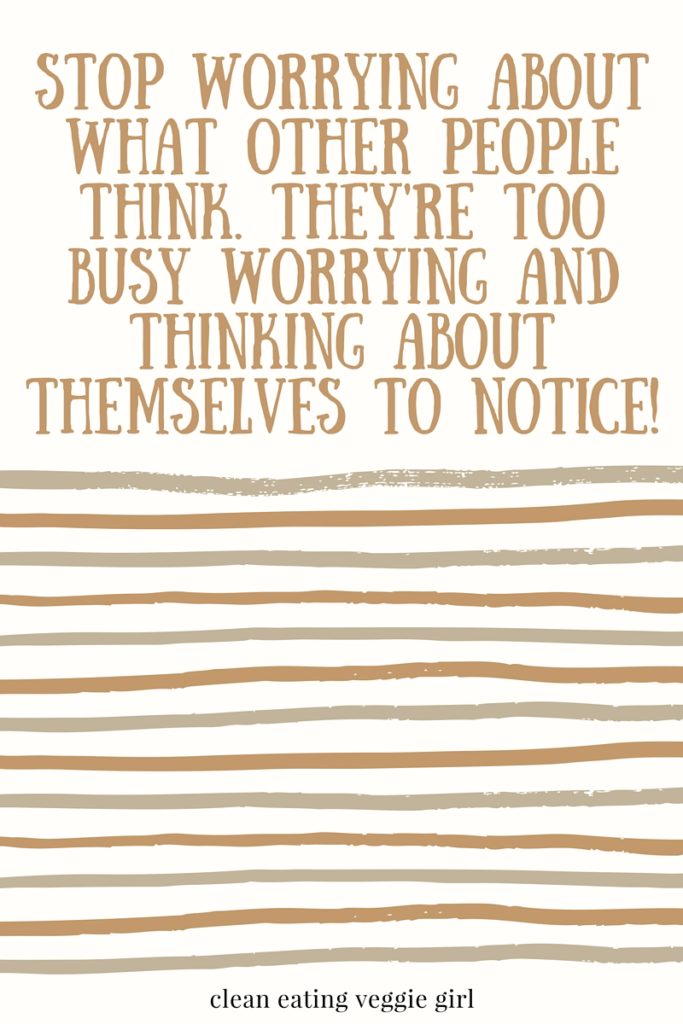 Next time you catch yourself worrying about something that involves how others perceive you, take a moment to tell yourself those two sentences.  Please stop worrying about what others think of you.  Because in the end, it doesn’t matter AND they probably aren’t spending all that much time thinking about YOU in the first place!