This is the story of our sweet baby BOY’s birth.  I have split it into two parts for the sake of not bombarding you with a lengthy post.  Jeremy and I have decided together to not share pictures with his face or share his name to protect his privacy.  From here on out, I’ll be referring to our little boy as “Baby Bee (yes, his name starts with a “B”).” 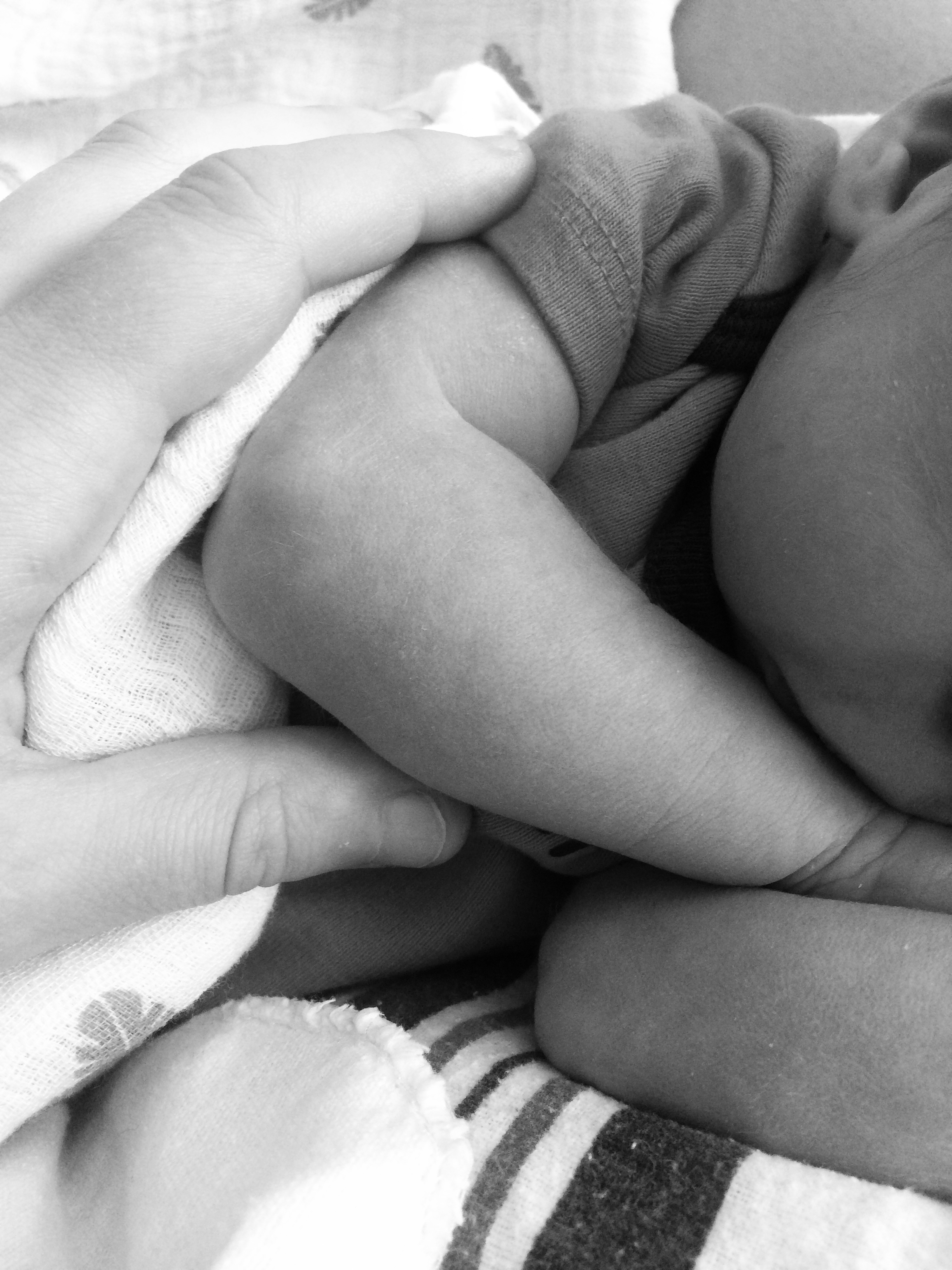 As I sit down to write Baby Bee’s birth story, I am reminded of how many different times I heard or read that birth “plans” often do not go as planned.  It is safe to say that our birth experience is the perfect example of how you can plan and plan, and yet God may have different ideas for how it will all play out.

Before we get into the nitty-gritty of the labor and delivery of our sweet little babe, let’s back up to where we left off at 40 weeks pregnant on July 13th.  Reaching the 40-week mark was not at all shocking for me.  I had always felt I would go “over” my due date (which, of course, are always more of a guess), so to be 40 weeks along just felt like a normal part of the journey.  Honestly, at the time, anything from 41 weeks or under seemed like a completely to-be-expected pregnancy timeline for me.  So I kept on chugging all the way from 40 to 41 weeks pregnant on July 20th.  People I knew who were due after me were having babies left and right, and I was starting to get frustrated because I thought for certain I would have had our baby within the July palindrome dates (from the 11th through the 19th).  But there we were at July 20th.  I went to my 41-week appointment with my midwife that day, where I had a non-stress test, ultrasound, and cervical check.  The non-stress test looked “beautiful,” my fluid levels were great, and I learned that I was only a “fingertip” dilated.  I originally planned not to get any additional cervical checks after 37 weeks because I thought they would negatively affect me mentally, but decided to go for it in case I was dilated enough to get my membranes swept.  I was not, and left even more frustrated than when I arrived at the appointment.  This was the day that I started to feel like a natural birth may not be in the cards for me.  I truly felt like our baby never wanted to come out. 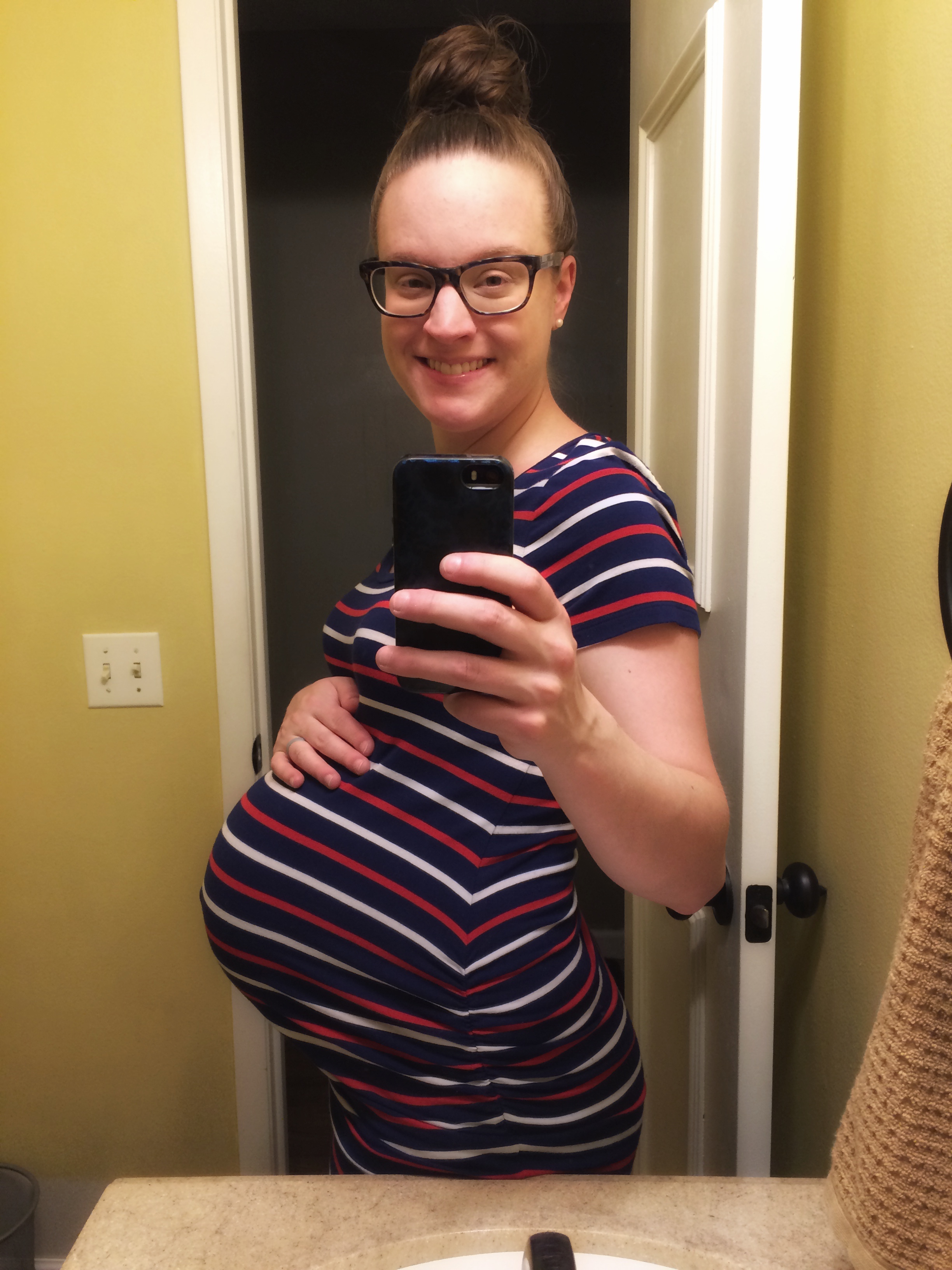 Though I probably should have started much earlier, our 41-week appointment really kicked me into gear with trying all the “natural” labor induction ideas.  We pretty much tried it all: tons of walks with hills, walking stairs, bouncing on an exercise ball, acupressure point massages, sex, red raspberry leaf tea, and eating pineapple and spicy foods (essentially everything except castor oil since I had read horror stories about that).  I had been saying for weeks that baby would not come until he or she was ready, and as we tried remedy after remedy with no change, I found this statement to be so true.  Our sweet babe just wasn’t ready quite yet!

Monday, July 24th called for another non-stress test and check-up with my midwife.  Again, the NST looked great, and again, I was not dilating.  I left this appointment and barely made it to the bathroom of the doctor’s office before bursting into tears (the amount of times I cried during my last weeks of pregnancy would be impossible to count, but it was pretty much daily).  I was still working at this point, so after drying my eyes, I put on a big girl fake smile and made it into my office.  Throughout the rest of my work day, I mentally transitioned to a place where I began to accept that my 41 week and 6-day induction was going to happen.  Somehow, I just knew that baby was not going to make his or her appearance without a bit of a nudge.

Despite sort of accepting my fate, I was still pretty upset about it.  I had been working for months and months to prepare my body and mind for a natural birth that began on its own and progressed without medication.  Instead, I was now extremely mentally psyched out because everything I had heard or read told me that an epidural-free birth with Pitocin-induced contractions would be so much harder to obtain.  Not impossible, but a whole heck of a lot more difficult.  Even still, I did my best to speak to myself in a positive way.  I also talked with a couple of people who had epidural-free inductions (these people are hard to find) and read birth stories, both of which helped me to get to a better place.  Even if I was going to be induced, I was still going into it wanting things to be as medication-free as possible.

On the evening of Wednesday, July 26th, we were scheduled to begin our induction at 6:00 p.m.  I called ahead, as instructed, and was told they were “very busy.”  Things ended up getting pushed back, and it was not until about 9:15 p.m. that we arrived to our room.  I went through the check-in process with the nurse and midwife on call, had an IV placed (after one painful failed attempt), requested to hoard one of the few mobile fetal monitors, and had my 12-hour dose of Cervidil placed.  I still was not even 1 cm dilated when the midwife checked me, so this cervical ripening gel was meant to help soften and ready my cervix.  By this time, it was around 10:00 p.m., so I requested Benadryl to help me sleep and we set out to do just that.

Unfortunately, between the uncomfortable bed, the anxiousness of what was to come, and having to be hooked up to the fetal monitors constantly, I didn’t exactly sleep much.  The constant monitoring ended up being a bittersweet experience.  On the one hand, it was extremely annoying because any major movements could cause the monitors to shift and need to be placed back in the appropriate spot.  They also didn’t enable me to get into a very comfortable sleeping position.  On the other hand, it ended up being extremely important for the health and safety of our little boy.  Twice throughout the night, at 1:00 a.m. and at 6:00 a.m., his heart rate dropped down into the 60’s.  The first time it happened, it was scary as I had three nurses rush into my room, tell me to get on my hands and knees, give me oxygen, and start a bag of fluids.  Luckily, his heart rate would come right back up to where it needed to be.  When it happened the second time at 6:00, they removed the Cervidil early (at about eight hours instead of 12), but I was still happy to find that it had softened my cervix and helped me reach 2 cm. 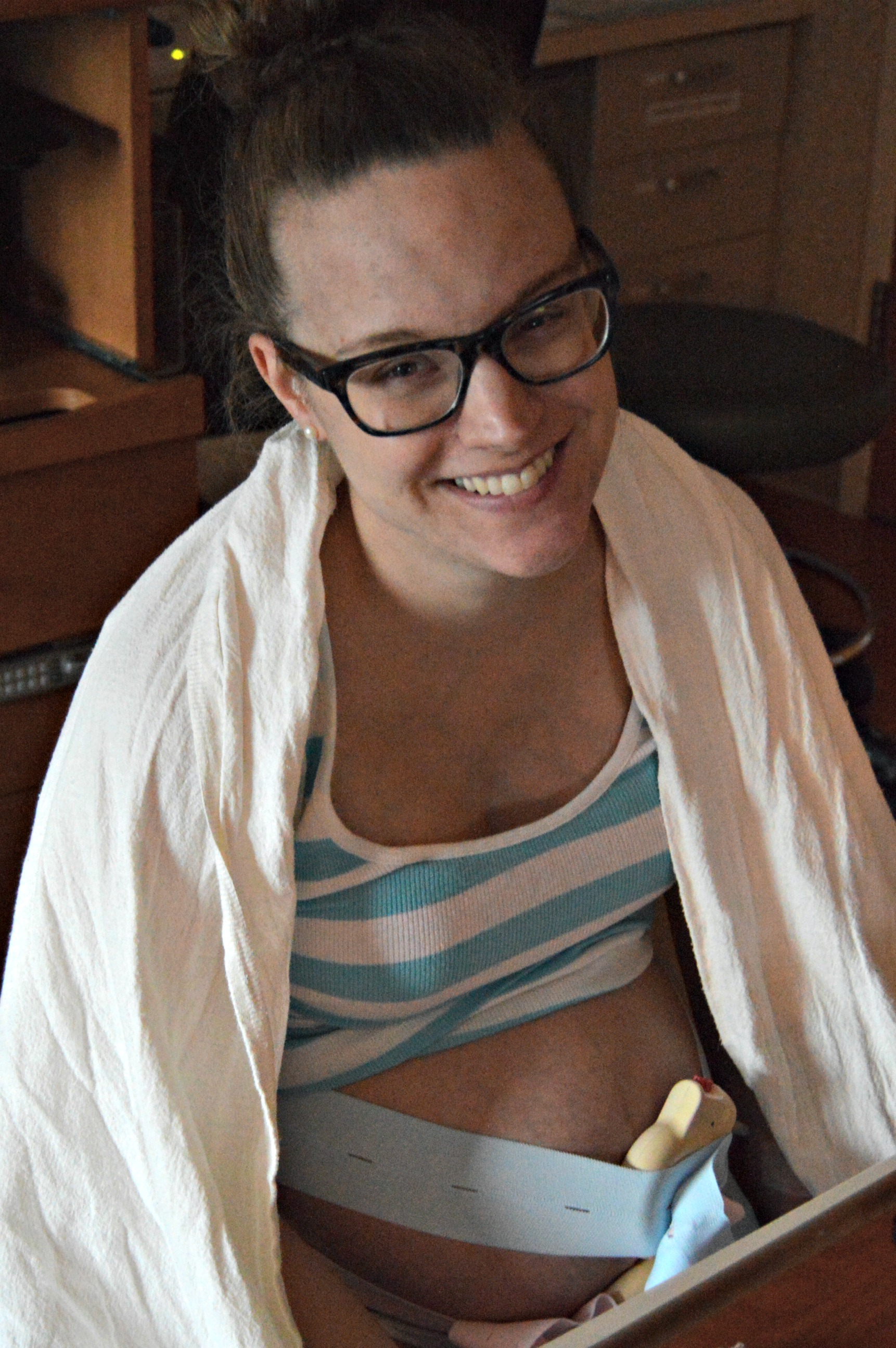 clearly thrilled about the monitors

Our midwife decided that proceeding with Pitocin was the next best step, but wanted to give baby a little bit of resting time, so we did not begin that until around 7:15 a.m.  During this time, I ordered breakfast since I knew I would need fuel to keep me going throughout labor.  Once they hooked up the bag of Pitocin, it essentially felt like one big waiting game.  They bumped up my doses every 30 minutes, but did so rather gradually since they did not want to upset our boy.  At this point, I got out of bed and sat on a peanut ball for about two and a half hours, hoping that would also help get things going.  During this timeframe, I made it up to a “seven” on the level of Pitocin, and everything was extremely manageable.  I went to the bathroom and then decided I wanted to lay down for a bit to ensure I was continuing to rest my body.  This ended up being a big mistake.

Not too long after I laid down, I could hear our babe’s heart rate drop on the monitor.  Once you experience this the first time, you become extremely hypersensitive to any changes.  I asked Jeremy what the monitor said and he said it was reading in the 60’s.  I immediately moved onto my hands and knees, and the nurses and midwife were amazed that I was already in that position as they entered the room.  They said they had never seen patients do that unless they themselves were in the medical field.  But with that being the third time it had happened, I knew the drill.  They gave me oxygen and additional fluids, and his heart rate came right back up.  This third experience pretty much solidified the fact that our little boy did NOT like it when I laid down.  From that point on, I made it my mission to stay as upright as possible.

The next midwife on call instructed to have the Pitocin shut off until they were certain that baby was stable.  She also checked my cervix, and I had not had any change since being checked at 6:00 that morning.  Talk about frustrating!  What was even more frustrating was that since the Pitocin was turned off for about an hour, I had to start back at square one with the dosage instead of picking up where I left off.

Pitocin was started up again around noon, which is also when one of my doulas arrived.  I labored with little progression throughout the afternoon and into the early evening.  I alternated between the peanut ball, sitting on a stool, kneeling and leaning on a chair, and standing.  My legs really hurt at this point, but laying down was not an option.  My midwife came in sometime between 6:00 and 7:00 p.m.  She mentioned two possible options she wanted to try since I was not really progressing much: inserting a foley bulb or breaking my water.  I really wanted to avoid breaking my water if possible for fear of infection, and I liked that the foley bulb was pretty minimally invasive since it does not require medication.  So the foley bulb it was!  I had read a bit about foley bulbs and their insertion the week leading up to my induction.  Everything I read stated that the insertion process was extremely uncomfortable.  Holy cow, they were not kidding!  If you think cervical checks are uncomfortable, times that by about one hundred.  Not to mention the fact that they can be extremely difficult to place, so I had to experience this uncomfortable feeling for what felt like forever.  Jeremy says it took at least five minutes for it to be inserted.  Despite my hatred for the insertion process, I 100% recommend foley bulbs because that is what really kicked things into gear a bit more for me.  It almost immediately moved me from 2 cm to 3 cm, and my contractions picked up in intensity.