An Update on My Health and Diet

April 2, 2015 in Other with: gluten-free, Health, pescetarian

As I promised on Monday, today I am sharing an update on my health and diet.  If you aren’t into the nitty-gritty personal posts, I’ll catch you tomorrow!  But in hopes that I this post may connect with someone, I want to share my struggles and experiences throughout this bump in the road.  I hope you are ready for a long and wordy post.  I did at least try to throw in a few pictures for good measure!

An Update on My Health and Diet

In January I announced that I had started incorporating fish back into my diet as of December 2014.  I provided a pretty in-depth reasoning behind the decision, with it ultimately coming down to trying to find relief for my chronic joint and muscle pain.  I have dealt with this pain for approximately three years now, but it has gotten much worse over the past year.  Along with this chronic pain, I have also suffered from acid reflux for the past six years, and have been facing pretty unpredictable menstrual cycles over the past year and a half.  Deep down I feel as though these must all have some connection.  I guess only time will tell!

Now that I have you up to speed with what the original post covered, let’s get to the right now.  I do not want to get into too much of the scientific information in this post.  Partly because it likely does not matter too much to you, and partly because I do not think I could fully explain it well.  As a result, I’ll try to stick with the basics:

Let’s talk about fish.  It took me awhile to get used to buying, cooking, and eating fish, but I have to say that I am really loving it.  My favorite is seasoned and broiled salmon, with fish tacos coming in at a close second.  I am also pretty obsessed with canned tuna and am loving finding creative ways to eat it.  Those are my “safe” foods, and seafood like shrimp, oysters, etc. still majorly creep me out!

Despite my new-found love of some fish, I have to say that I have not noticed an improvement in my symptoms.  I’m not giving up hope just yet, though.  The seafood will be sticking around… at least for now!

After my initial post in January and speaking with my brother (he is a resident physician), I decided to meet with a rheumatologist.  My first appointment was in February.  He ordered a plethora of blood tests mostly to test for autoimmune markers.  I also requested to be tested for Celiacs, since I had previously read that it can appear without stomach issues when diagnosed as an adult.

I received a phone call from my doctor a few days after the blood work and was told that one of my auto antibodies came back as positive.  My doctor had previously told me that a positive result would not necessarily mean a “yes you have X, Y, or Z.”  Unfortunately, it is simply not black and white.  Per his recommendation, I went back for more specific testing regarding this antibody.  About a week later I was informed that all of my labs “looked good.”  I have to admit that I was partially relieved, but mostly disappointed because I just wanted an answer!  I also want to mention that my doctor prescribed me Meloxicam to see if it would help with the pain.  I stopped taking this after about four weeks (per his recommendation) because it was not helping.  I have a follow-up appointment with him in May.

As you can imagine, I was pretty frustrated after all of the labs came back as “okay.”  I was feeling pretty hopeless, and I was not sure where to go from there.  I had been to several orthopedic doctors, my general practitioner, and now to a rheumatologist and had found zero relief.

After talking with my parents, I decided to visit a functional medicine clinic.  This decision required a great deal of consideration because health insurance is generally not accepted at such medical practices.  If you are interested in reading more about functional medicine, this is a helpful resource.  Essentially, my understanding of the main goal of functional medicine is to identify the root cause of the issue (often through lab work, the use of supplements, and diet/environmental  changes) to treat the symptoms instead of masking them with medication.  This is certainly an idea that I could get on board with, so I went into my first appointment with a pretty open mind. 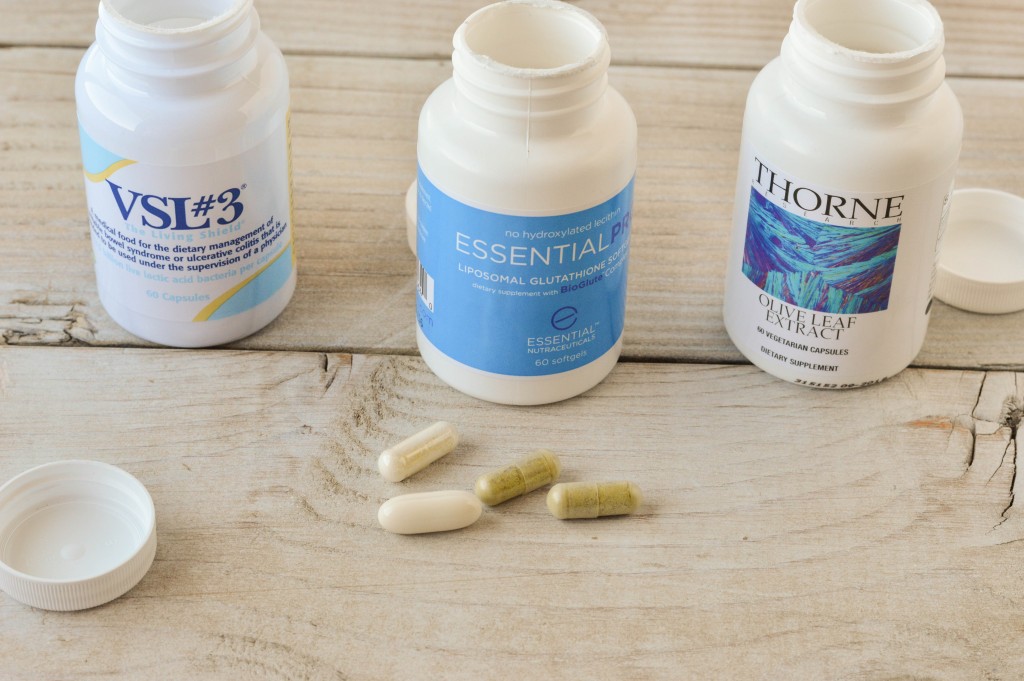 I initially met with my nurse practitioner about a month ago.  I was pleasantly surprised by how the appointment took place.  I filled out a very thorough nutrition profile ahead of time and an extensive packet on my medical history.  I then spent over an hour speaking with her.  This would be absolutely unheard of in conventional medicine, but it was so important in her learning as much as possible about my entire medical history and symptoms.  I brought my lab results from my rheumatology appointment and after reviewing these, she ordered additional tests for my thyroid function, Vitamin D levels, and homocysteine levels, and requested a lipid profile.   She also recommend that I begin taking a strong probiotic, glutathione, and olive leaf extract.  I have been taking all three of these for the past three weeks.  I am still trying to determine if they are having any positive effects, though I have not noticed a significant change yet. 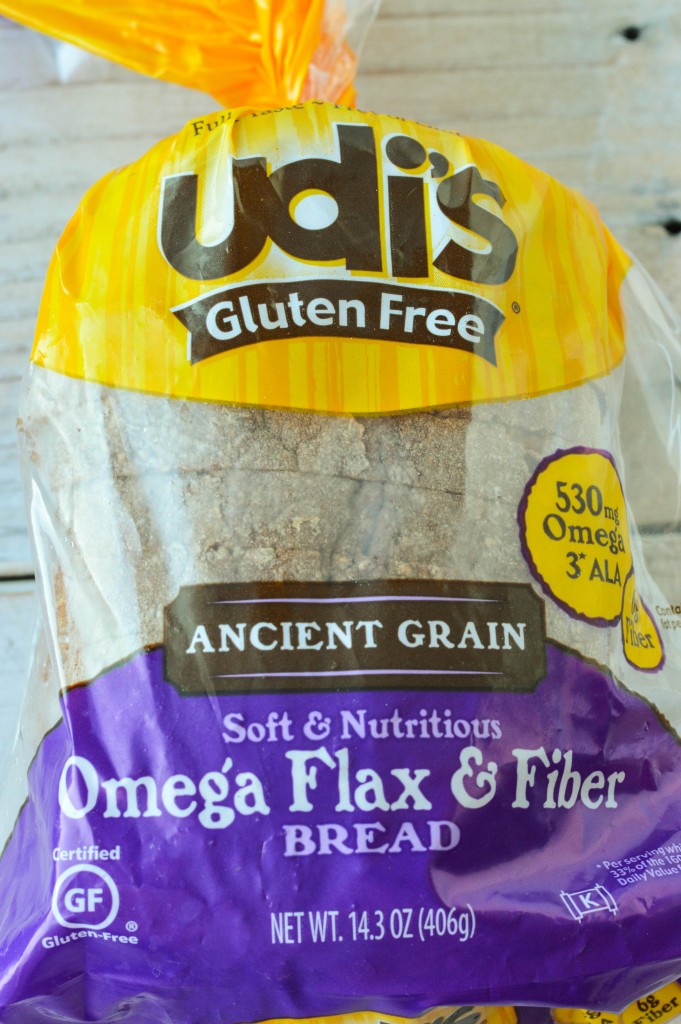 She also recommended that I try out a gluten-free diet.  After looking at my Celiac number, she stated that she considered it to be high and slightly above the “normal” spectrum.  She also stated that adopting a gluten-free diet can help so many people feel better, even if they do not have Celiacs disease.  If you could not already tell, I am pretty darn desperate to feel better, so I was game!  So far, eating at home has pretty much been a breeze.  I cleaned out my fridge, freezer, and pantry of all gluten-containing products and I bought a new toaster.  I’m running a GF kitchen right now!  Eating out has definitely been more challenging (though there are plenty of gluten-free-friendly  restaurants here in Omaha), and being without my beloved beer has been rough.  But if it helps, it will be so beyond worth it!  As with the above supplements, I have not noticed any significant improvements yet. 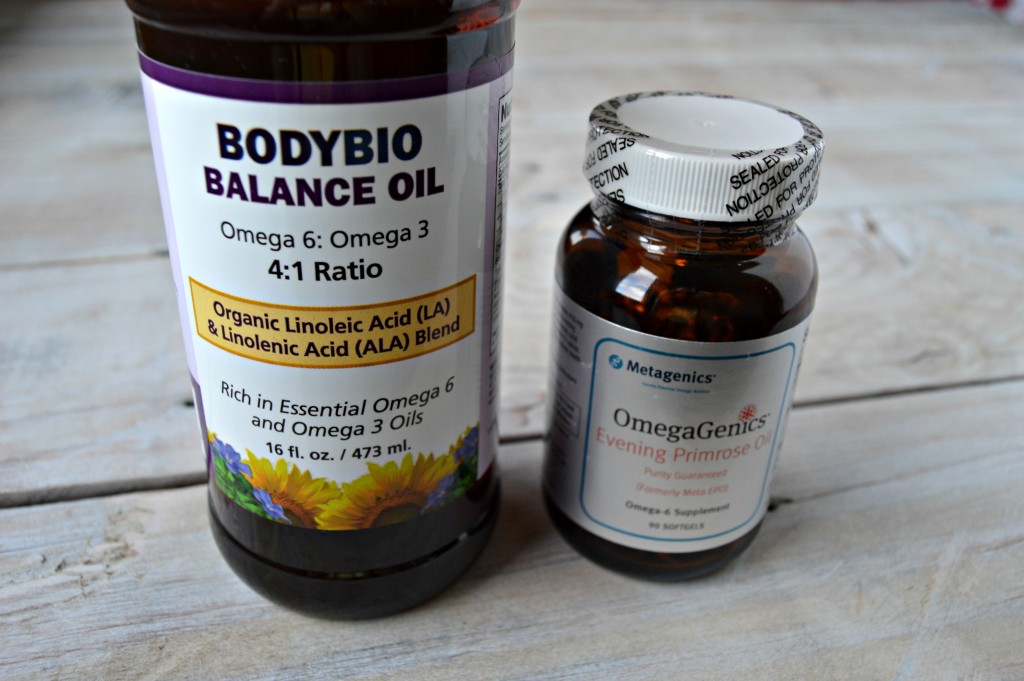 I had a second appointment with my nurse practitioner on Monday where I received the results of my most recent blood work.  She stated that my total cholesterol is technically within the “normal” spectrum but very low according to her standards.  The results also showed that my reverse T3 levels are low and my Vitamin D level is very low.  She has since recommended that I increase my intake of healthy fats (coconut oil, nuts, seeds, avocado, some fish, etc.), and recommended that I add BodyBio Balance Oil and evening primrose oil into my supplement routine.  I am also supposed to add a Vitamin D supplement and a low-dose thyroid medication to see if these have any positive effects.

So what is the plan for the future?

I am going to continue taking the recommended supplements and medications (I feel like a walking drugstore), continue eating gluten-free, and continue trying to have a positive attitude regarding the whole situation… which, I must say, is tough!  I want to always know that I tried everything that I possibly could, though, so I am going to keep on trucking along.  I have a four-week follow-up thyroid test and will revisit my regime with my nurse practitioner in about four months- earlier if I feel it is necessary.  She stated that for any diet change a person makes, it can take a good three to four months to see a full effect.  At this point it is somewhat of a waiting game.

I plan to keep writing these update posts now and then to keep you in the loop.  I would appreciate any positive thoughts that you could send my way!  Finally, I want to end this post by sending my parents the biggest thank you ever.  Not only are they incredibly supportive mentally, but I would never be able to afford my most recent medical pursuits without their financial support.  I am truly fortunate to have them in my life.

Do you have any questions for me regarding my most recent update?
What are your favorite gluten-free products?