Happy Monday morning to you!  I spent the weekend at home in Iowa and have a five-hour drive ahead of me this morning.  It had been close to two months since I was last home, and I had two great reasons (among many others) to make the drive back to my hometown.  Friday was my dad’s birthday and my birthday is tomorrow.  We have always enjoyed having our birthdays close together, so it was especially nice to be able to celebrate together as a family.  Top it all off with boyfriend time, friends time, puppy dog time, and good food, and it was a great weekend!  Here’s a quick recap of everything that I was up to. 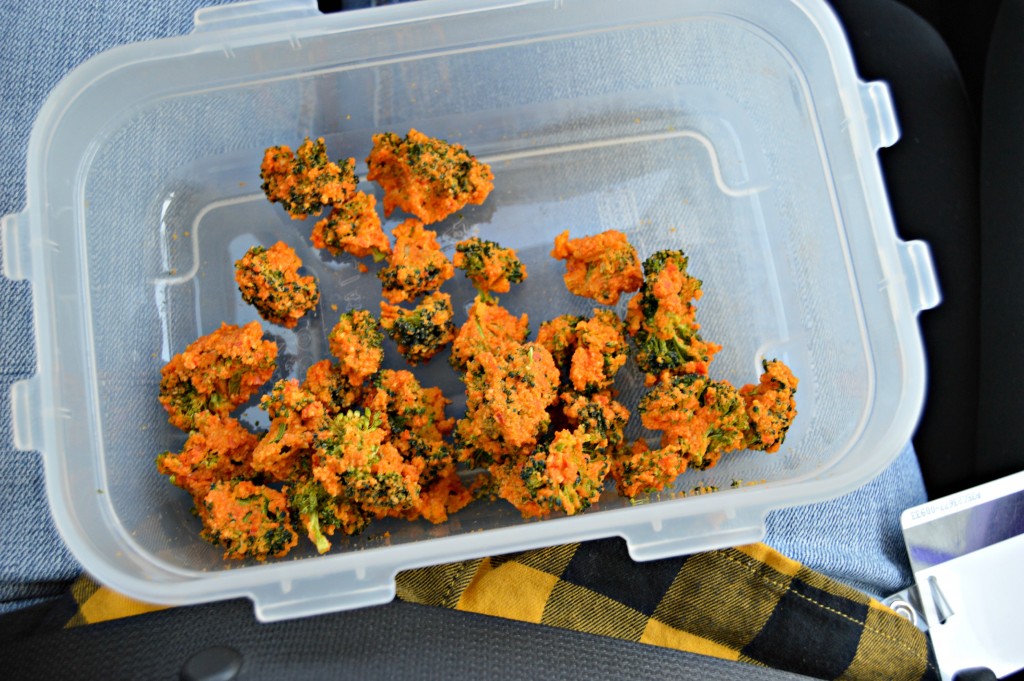 I left work early on Friday for the long drive home.  I always pack lots of snacks to get me through the ride.  I ate some of my Raw Cheezy Broccoli Poppers, an apple, raw almonds, and drank a caffeine free Zevia cola. 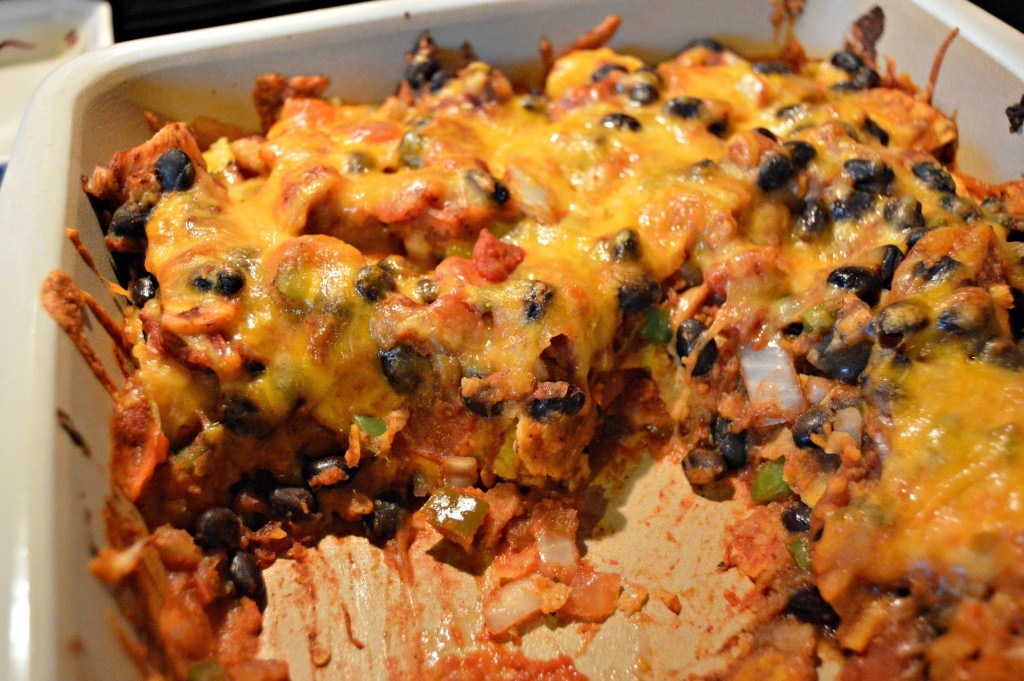 I was so happy to arrive home to a delicious vegetarian meal.  My mom does not cook all that often, but she made something that she was quite certain I would like.  She was right!  Kim’s Sweet Potato Black Bean Casserole was delicious. 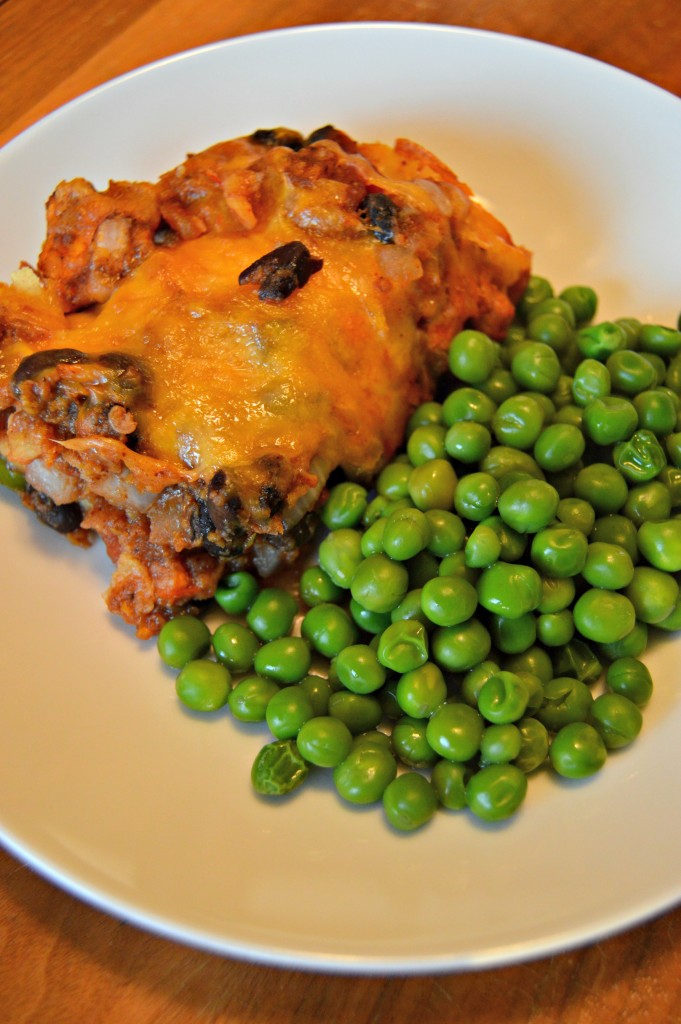 I served my portion next to my favorite cooked vegetable: peas! 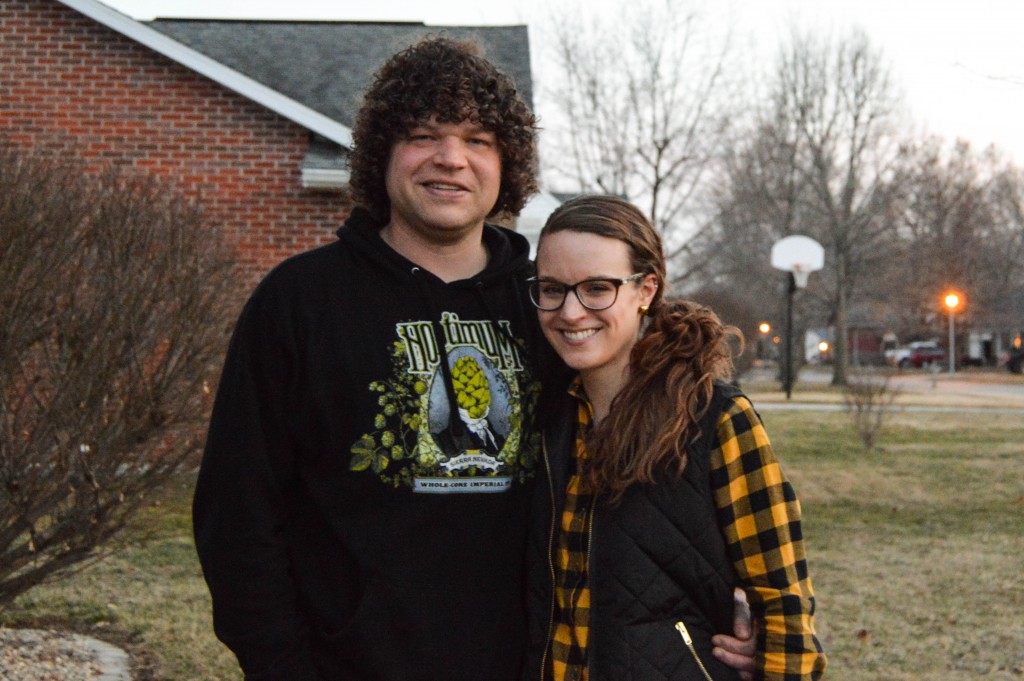 After dinner and some puppy kisses, Jeremy and I headed to hang out with our good friends, Eric and Ashley. 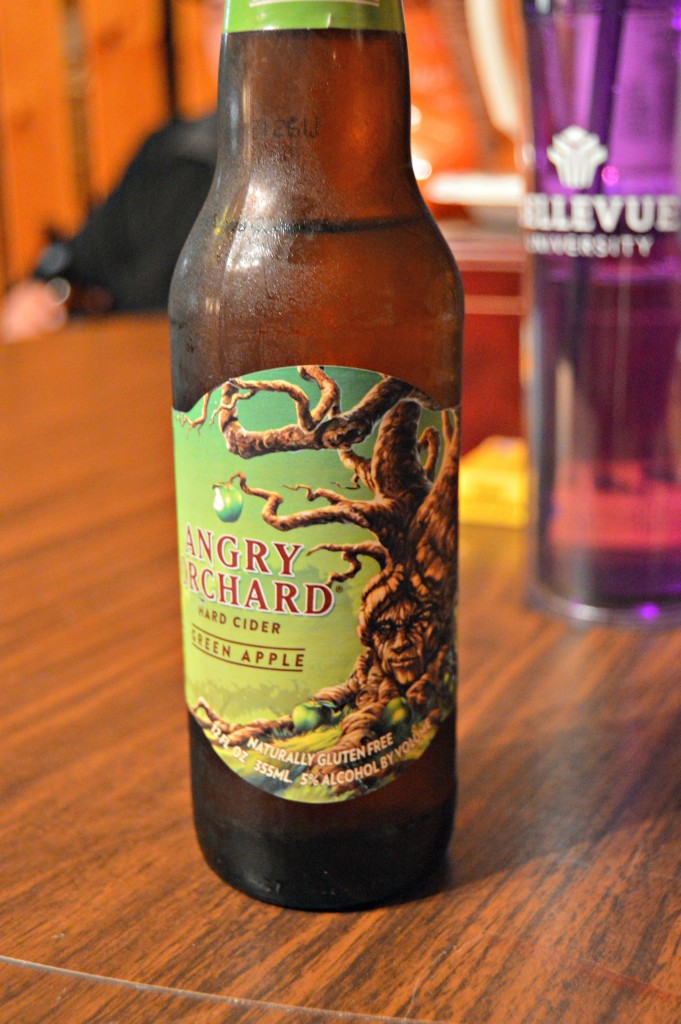 We spent the evening watching the Iowa basketball game, playing card games, and having a few drinks.  I am trying a gluten-free diet out (I plan on writing a post about this soon), so I had to resort to a cider instead of a beer.  I have to say I am really missing my sours and IPAs, but this green apple cider was not too shabby.  I need to try out a gluten-free beer soon.  Any recommendations? 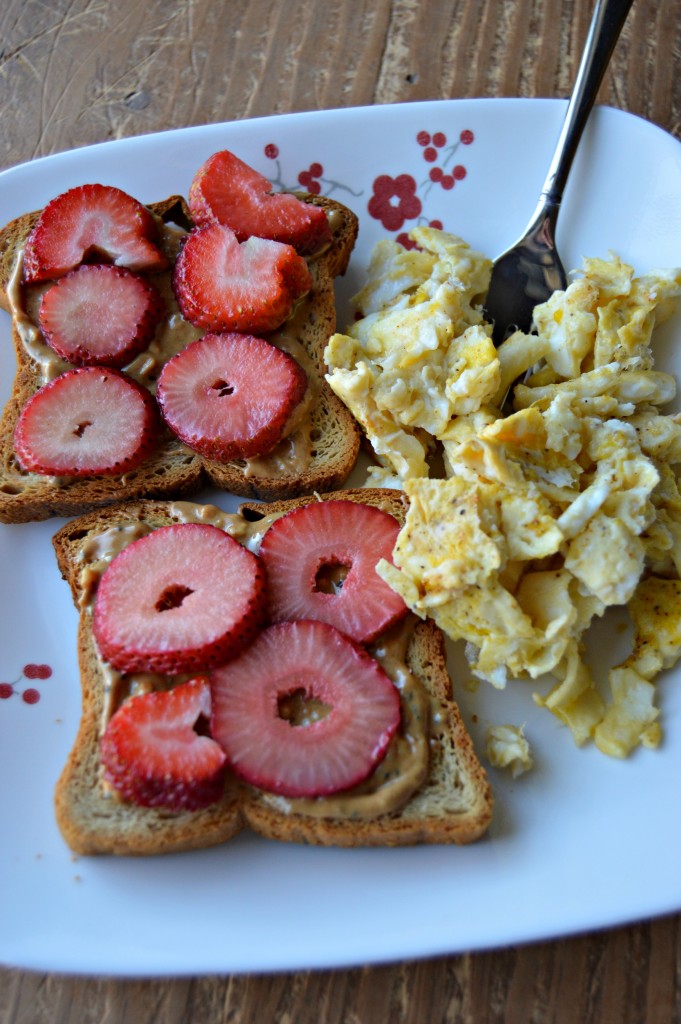 Friday night was a late night for us.  We did not get to bed until midnight.  Obviously we are old 😉  I got to sleep in until past 9:00 for the first time in forever on Saturday morning.  It was glorious!  I woke up starving and whipped up a delicious weekend breakfast.  I made gluten-free toast and topped it with crunchy peanut butter with flax and chia seeds and sliced strawberries.  I also ate scrambled eggs on the side.  This was my breakfast on both Saturday and Sunday because it was that good! 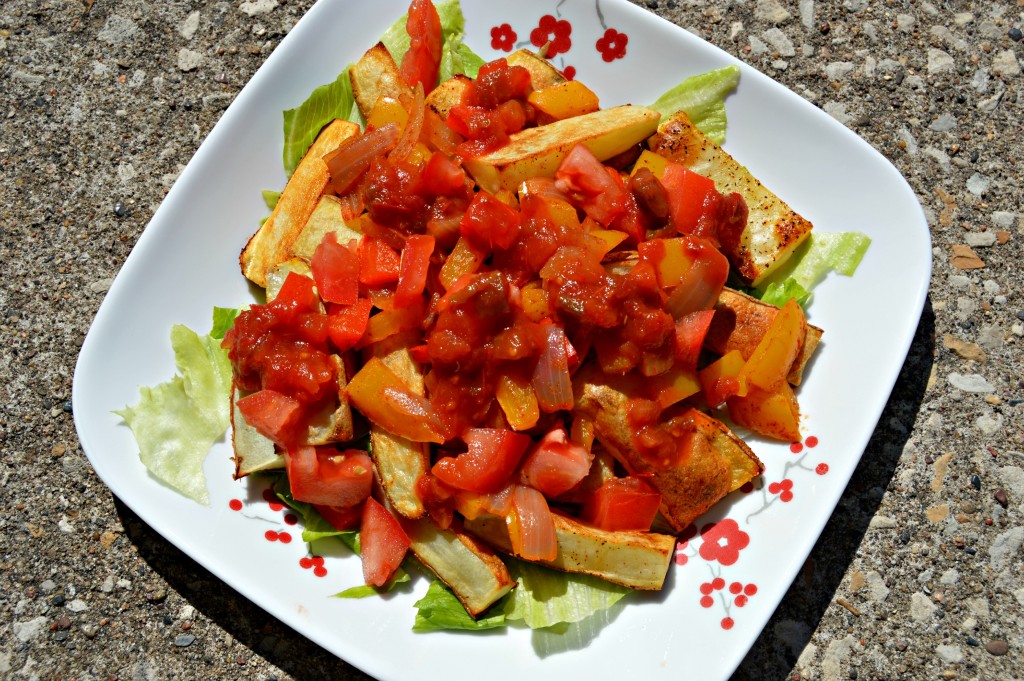 Since breakfast was not until around 10:00, I ate a later lunch at 1:00.  I whipped up some taco-seasoned french fries and served them over a bed of lettuce.  I topped them off with sautéed peppers and onions, tomatoes, and salsa.  It hit the spot and made a second appearance for Sunday’s lunch. 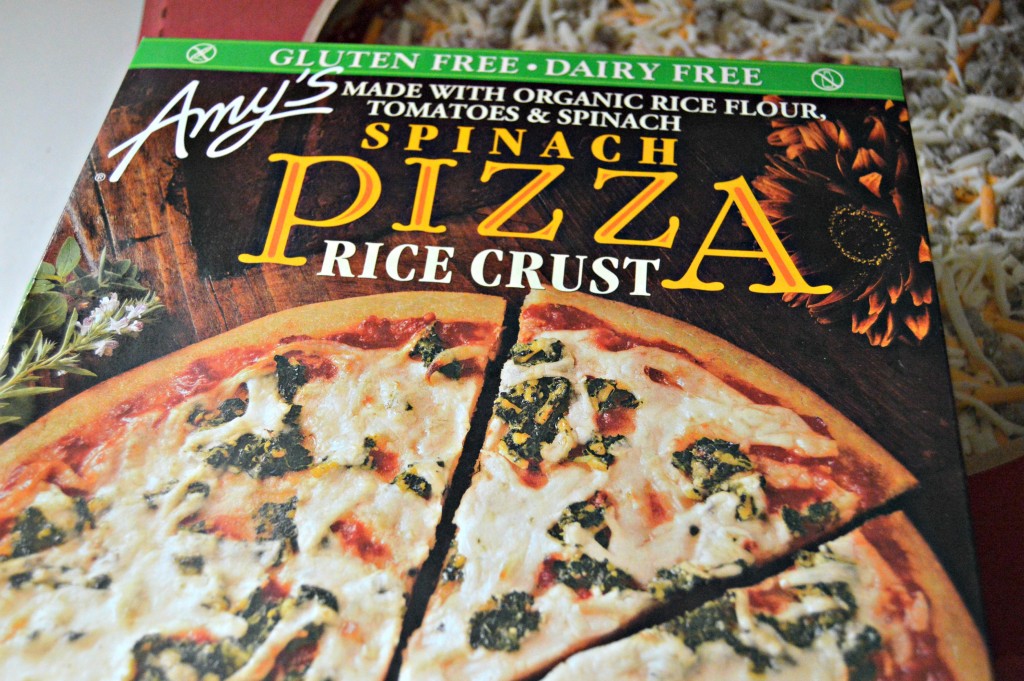 Jeremy and I spent the afternoon shopping.  Then it came time for dinner and we had a hard time deciding what to do.  My home town does not really having much going on in the gluten-free department, so we decided to play it safe and get pizzas from Hy-Vee.  Jeremy picked a fresh-made one, while I purchased an Amy’s gluten-free, dairy-free Spinach version in hopes that it would be good.  It cost a whopping $9.29!  Rough, I know. Oh look!  Another cider beer.  I think I was trying to drown my sours from not being able to have gluten.  This particular cider is very good, though a bit sweeter than I am generally drawn to.  It did pair pretty well with my pizza. 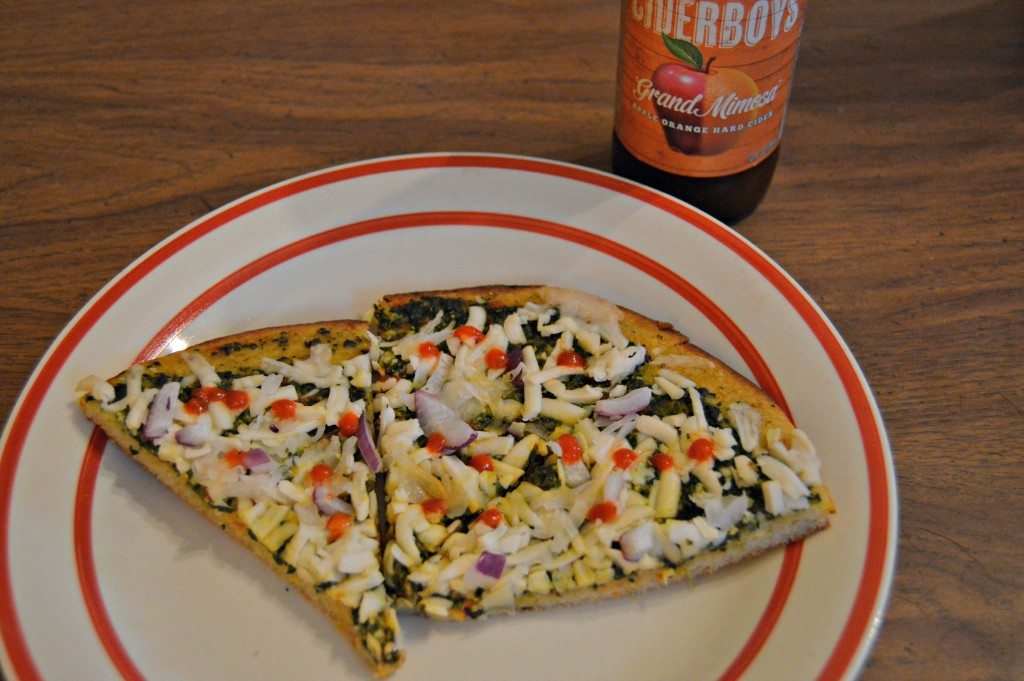 Back to that pizza…  It was surprisingly delicious!  I never would have guessed that the crust was gluten-free.  The only thing that I did not love was the fact that the cheese did not melt as much as I had hoped.  I am pretty used to this with soy-based cheeses, though.  Next time I will cook the pizza for a bit less time and then broil it to melt the cheese.  I added red onion, sauerkraut, and sriracha to jazz the pizza up a bit.  I honestly really enjoyed it and would definitely buy it again. 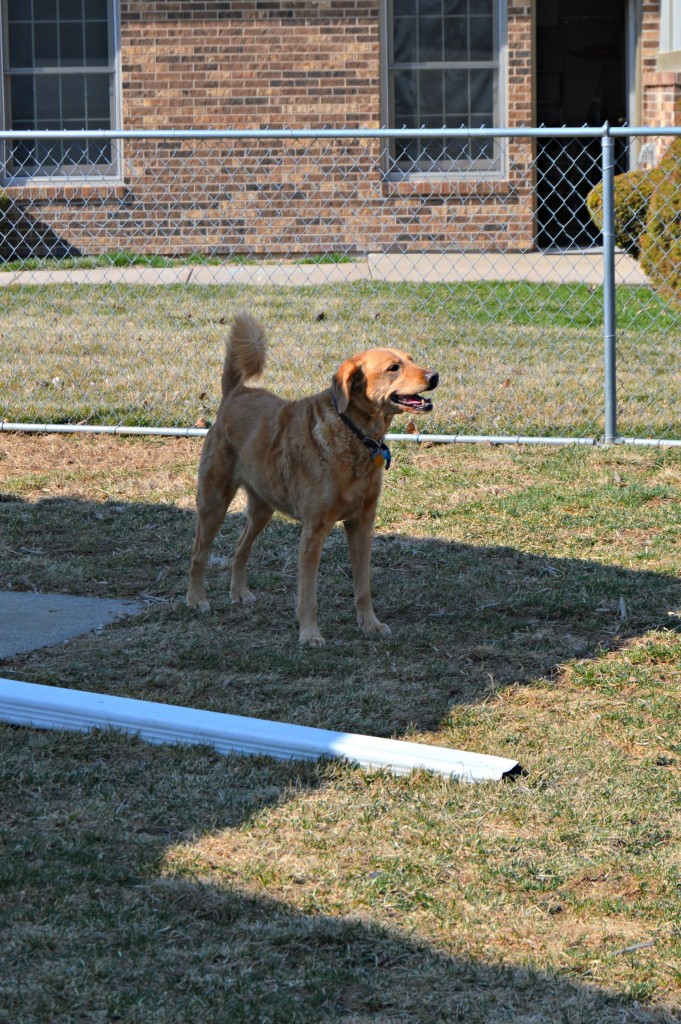 Sunday was a lazy day filled with a little blogging, some laundry, good eating, couch lounging, and time outside. 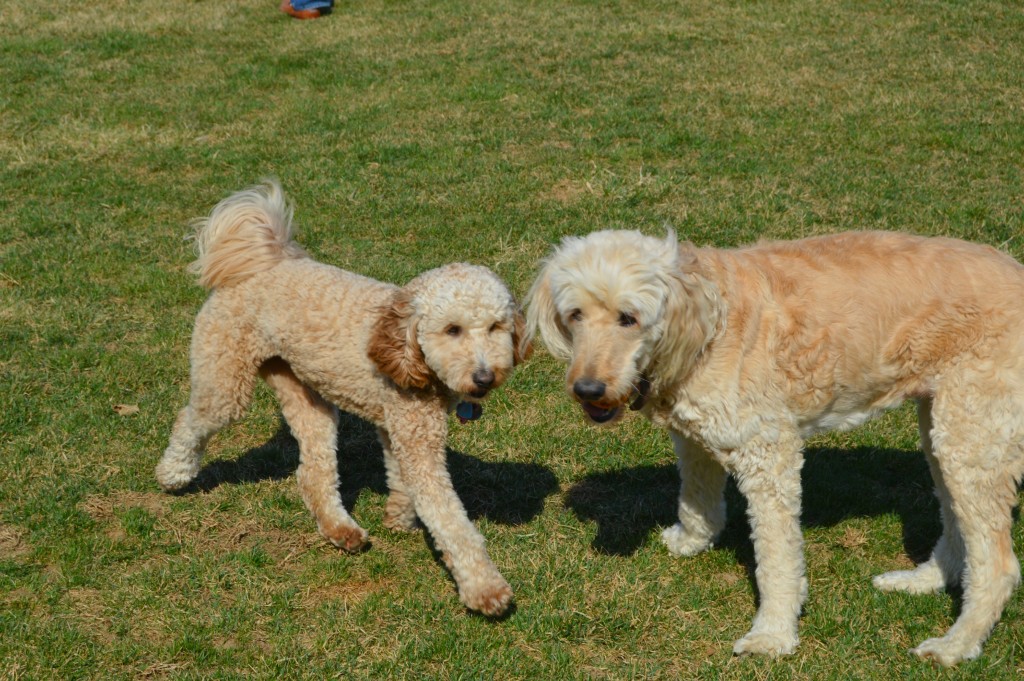 We took all three dogs out to enjoy the beautiful weather and play some ball.  Check out Sadie and her mini-me, Ruby! 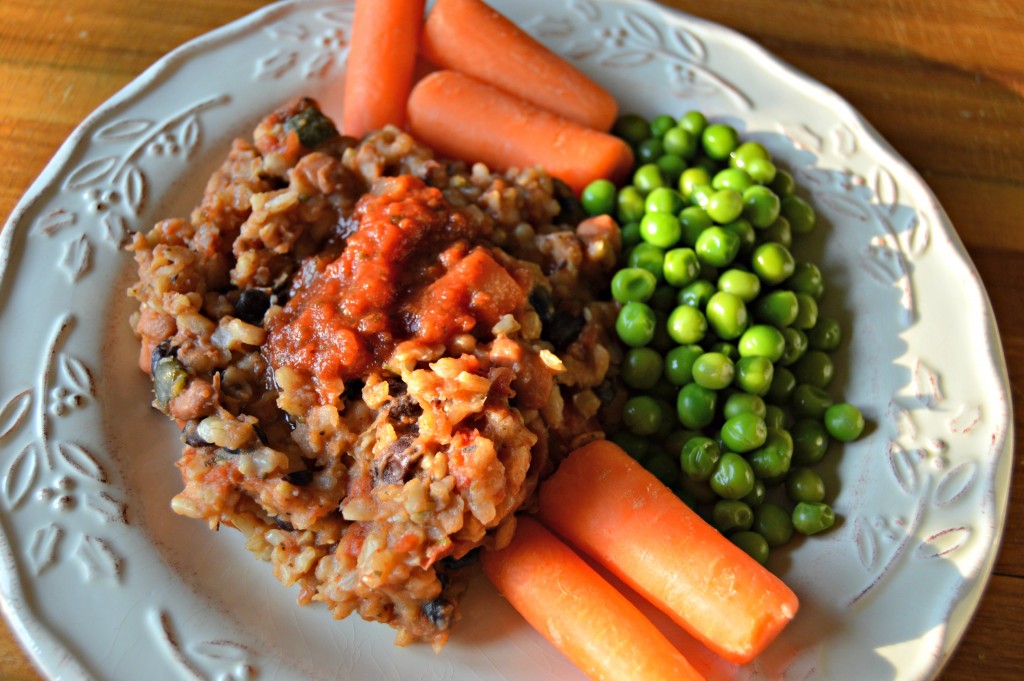 I threw some Beans and Rice into the slow cooker midday.  We all enjoyed it for dinner topped off with extra salsa and served alongside peas and carrots.  I’m sneaking some of the leftovers back to Omaha with me in my lunchbox! 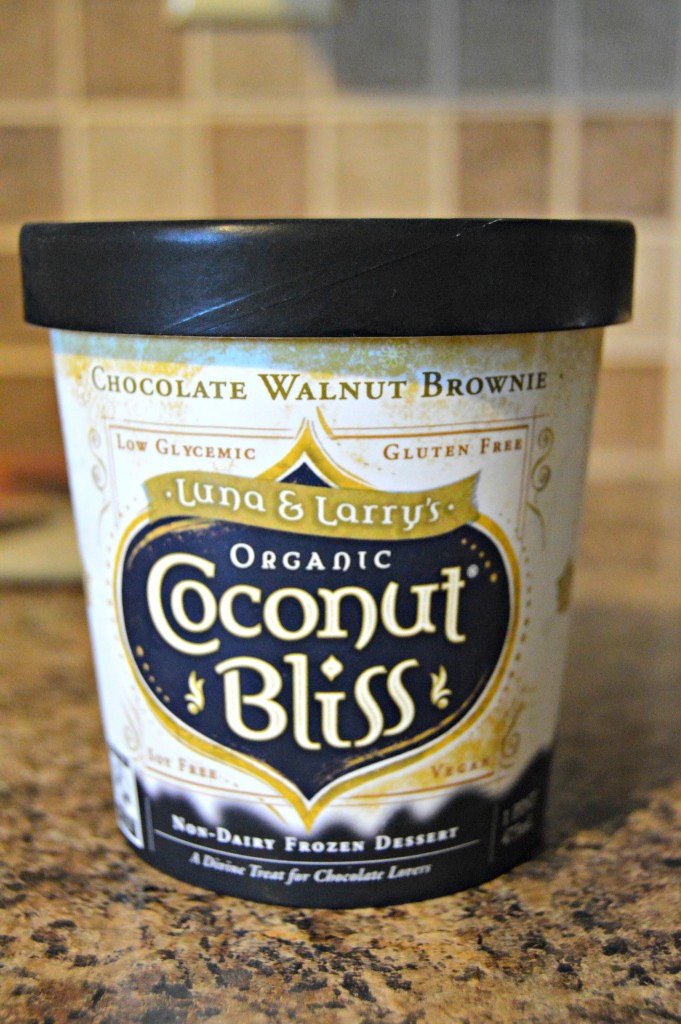 Jeremy and I ended the weekend on a sweet note.  If you can’t celebrate your birthday with cake, you have to pick the next best thing: ice cream!  We ate this chocolate walnut brownie coconut milk ice cream while watching our show, Secrets and Lies.  If you aren’t watching yet, you should be!

It was truly the perfect weekend home.  I’m already counting down the days until I will see Jeremy again.  Ten days, to be exact!

Have a great Monday, all.  Let’s make this week a good one!

Previous post: The Best Veggie Sandwich {Everything But the Kitchen Sink}