A detailed, non-biased review of the Best Frozen Gluten-Free Waffles featuring my opinion on the taste, texture, toasting ability, and ingredient quality of six popular brands of frozen waffles. 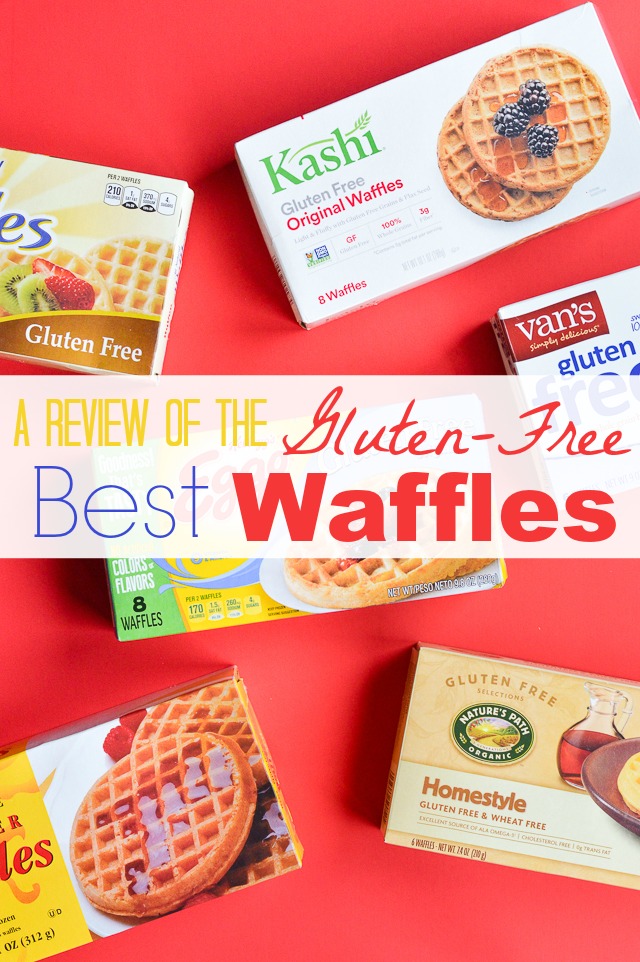 Of all of the foods that I ate when I was pregnant, gluten-free frozen waffles have got to be the most commonly eaten food of all.  They were literally the only thing I could stomach for breakfast from weeks six to 20, and continued to be about the only thing that sounded good during the remainder of my pregnancy.

Throughout those 42 weeks of pregnancy, I tried literally any and every brand of gluten-free frozen waffles that I could find in my area.  As a result, I like to think I am a bit of an expert on which ones are the best.  But instead of just telling you my favorite, I am breaking things down with my own official review of the best frozen gluten-free waffles. 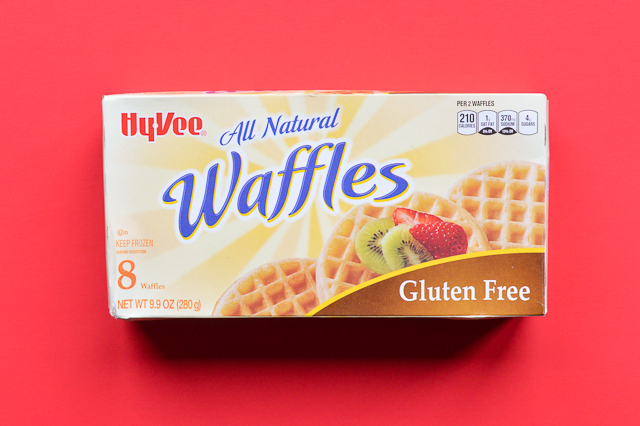 Taste: The flavor is definitely lacking in these waffles.  They are a bit bland and don’t seem sweet enough.
Texture: Even after toasting, they are very flaky and a bit too chewy for my liking.
Toasting ability: Along the same lines as the chewy texture, these do not crisp up enough after toasting.  Since they are not crispy enough, the toppings do not spread easily.
Quality of ingredients: These waffles are vegan, but contain ingredients like vegetable oil, soy, and corn.  They are also not organic or non-GMO.
Number of ingredients: 13
Price: $1.99 for an 8 count box at Hy-Vee 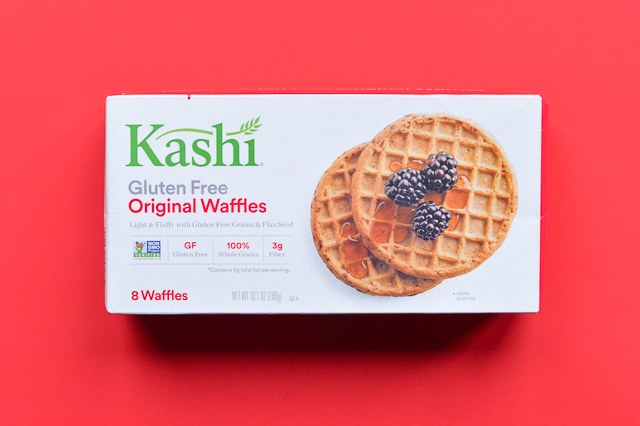 Taste: The Kashi waffles are pretty flavorful, and I enjoy the almost “nutty” flavor they have.  You can also taste the vanilla and molasses in these, which is pleasant.
Texture: The texture is quite good and provides a whole grain/wheat texture even though they are gluten-free.
Toasting ability: After the double toasting method, these are fairly crispy.  It is easy to spread butter and jam on them without them falling apart.
Quality of ingredients: These waffles are vegan, Non-GMO Project Verified, and do not contain any of the most common allergens.  I love that these are soy-free, but I wish they did not contain canola oil.
Number of ingredients: 12
Price: $3.49 for an 8 count box at Hy-Vee

Overall score: 4.5
Would I purchase them again?  Absolutely.  In fact, this is the brand that I place into my grocery cart most often. 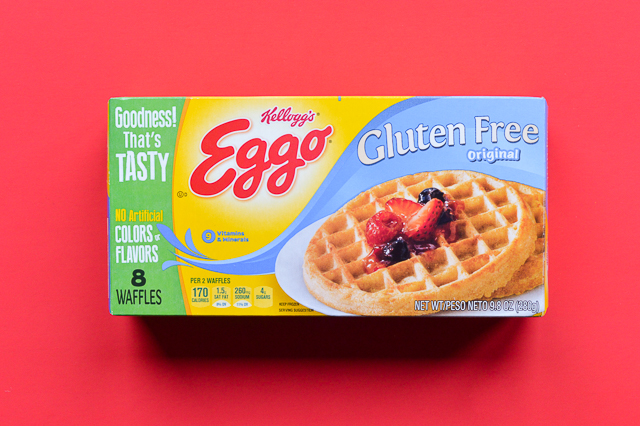 Taste: I was a bit surprised about how much I enjoyed the taste of these waffles.  They tasted the most like non-gluten-free waffles out of all of the varieties I tried.
Texture: They were a bit too soft and almost a little bit soggy.
Toasting ability: These waffles did not toast very easily.  I could not get the edges crispy without the inside burning a bit.
Quality of ingredients: This is definitely not my favorite brand as far as ingredients go.  Sugar is listed as the fifth ingredient, and these waffles are made with vegetable oil, soy, and whey.  I appreciate that they are made with whole oat and rice flour, but none of the ingredients are certified organic or non-GMO.
Number of ingredients: 20 (including added vitamins and minerals)
Price: $2.67 for an 8 count box at Fareway

Overall score: 3
Would I purchase them again? I likely would not just based on the quality of ingredients and the fact that they did not toast very well. 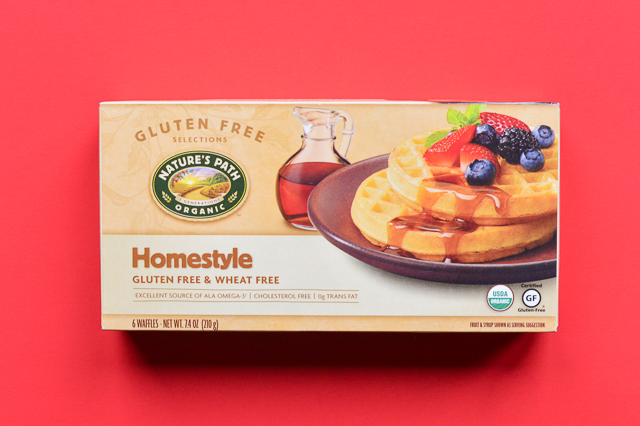 Taste: These waffles are very flavorful and even taste good without any toppings.
Texture: I like how thick these waffles are.  They hold toppings well and soak up the perfect amount of syrup.  I enjoy these best when eaten with ghee and syrup.
Toasting ability: They toast evenly, but the inside does not get quite as crispy as I would like.
Quality of ingredients: I appreciate that these are dairy-free, but I do not love that they contain both corn and soy.  A major plus of these waffles is that they are certified organic and Non-GMO Project Verified.
Number of ingredients: 13
Price: $2.99 for a 6 count box at Natural Grocers

Overall score: 4
Would I purchase them again?  Yes, I would purchase these again.  It is hard to say no to a certified organic brand that tastes pretty darn good. 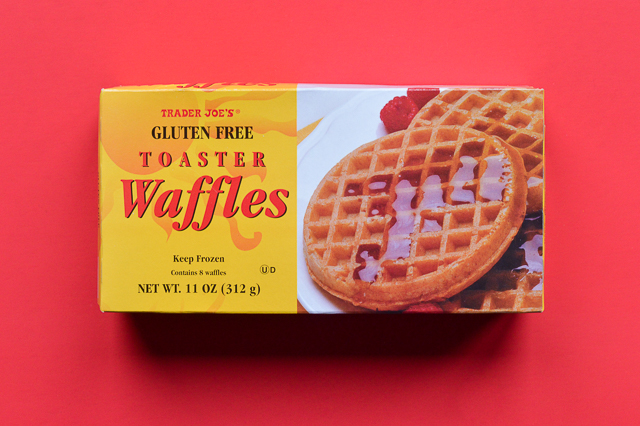 Taste: I like the taste, but did not find them to be exceptionally overwhelming.  They could stand a bit more sweetness and flavor.
Texture: These waffles crisp up decently well when double-toasted.  The texture is good both for spreading with toppings and for drizzling with syrup.
Toasting ability: They toast well, but do flake a bit when spread with toppings.
Quality of ingredients: I appreciate that these waffles are vegan, but I do not like that they contain canola oil, cane sugar, soy, and corn.  They are not organic or non-GMO.
Number of ingredients: 12
Price: $1.99 for an 8 count box at Trader Joe’s 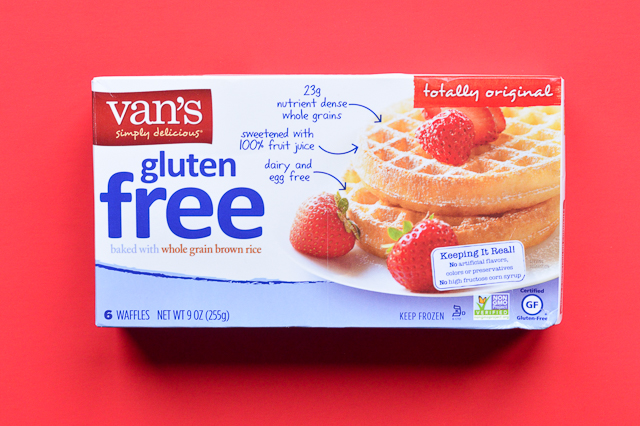 Taste: The taste is pleasant, but I found the waffles to be rather plain without plenty of toppings.
Texture: I am not a fan of the texture of these waffles.  They are a flaky-crispy as opposed to a crunchy-crispy.
Toasting ability: These toast fairly well, but flake easily when toppings are added.  The inside is a bit chewier than I prefer, even after double-toasting.
Quality of ingredients: These waffles are Non-GMO Project Vertified, vegan, and do not contain corn.  However, they contain both soy and canola oil.
Number of ingredients: 12
Price: $2.99 for a 6 count box at Target

Overall score: 3
Would I purchase them again?  I don’t think I would purchase these again.  In fact, my husband recently bought these on accident and I was actually disappointed when I found them in the freezer. 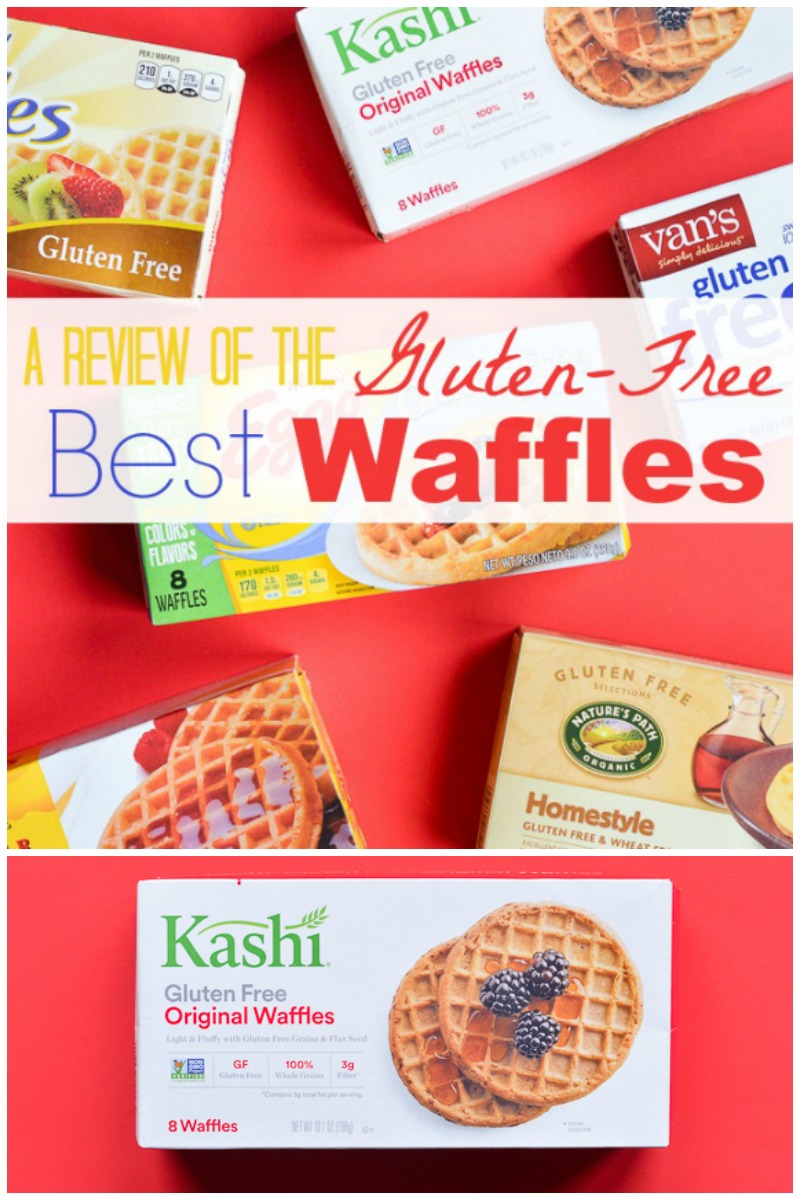