May 4, 2017 in Other with: pregnancy, pregnancy update, third trimester

Hello, 30 weeks!  We have reached the 30’s and the third trimester, which makes everything feel even more real.  I have to say that it is weird to think about when baby will come.  I know realistically that a lot of people go past their due date, but I have seen so many first-time mothers lately who have had their babes two, three, or four weeks early!  So essentially, I am telling myself that we need to have everything ready by 36 weeks at the latest, just in case. 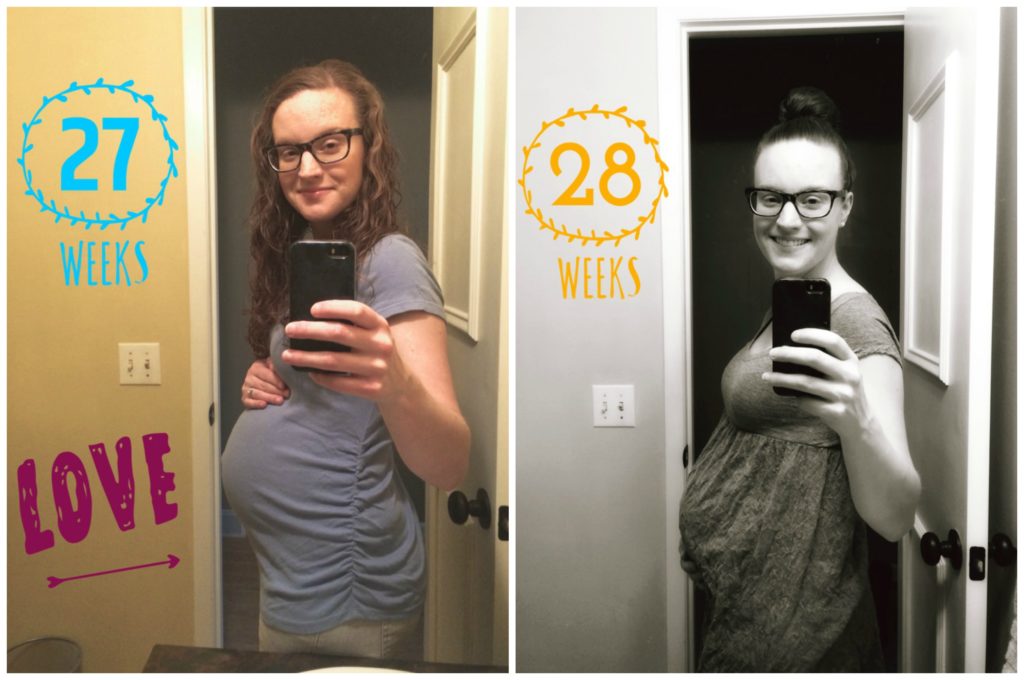 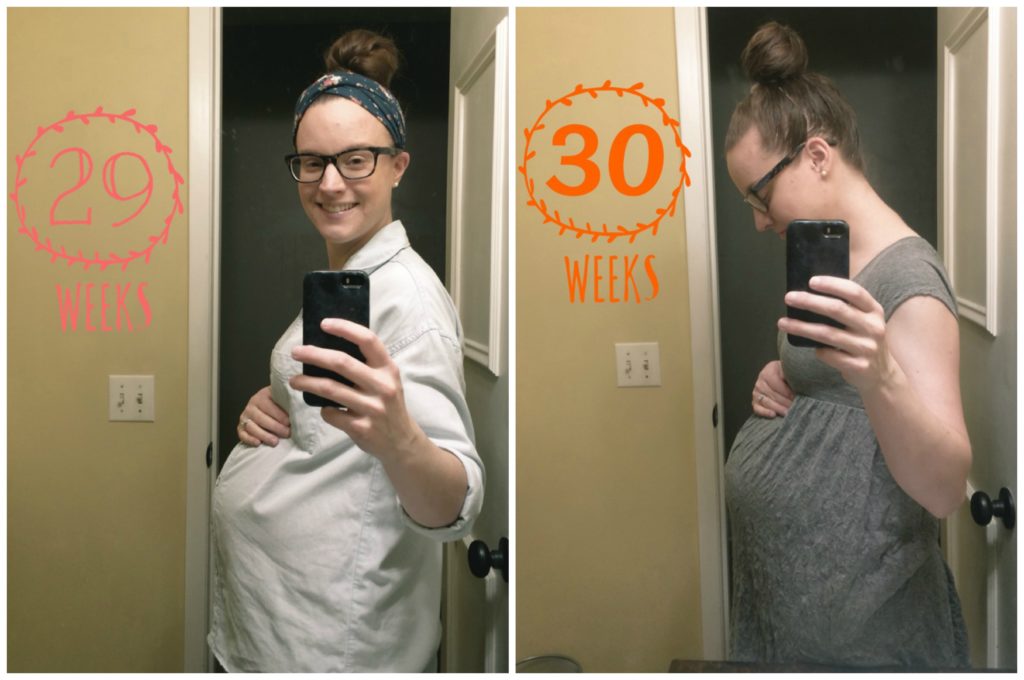 This week, baby is the size of a: cabbage (or approximately 15.7 inches and 2.75 pounds)- seriously, where do they come up with these produce items?  I want to know what kind of cabbage because that could really vary in size!

Gender: We have no idea, but are both still leaning towards girl.  We looked at the old wives’ tales a few weeks back for fun and the large majority of them said girl.  For example, baby’s heartbeat has been consistently in the upper 140’s/low 150’s, which they tend to say means girl.  I’ve also had morning sickness, more sweet cravings, and have had terrible acne the entire time.  But we all know how accurate those are… or aren’t.

Exercise: My main form of exercise throughout this entire pregnancy has been walking.  I also finally made it to a prenatal yoga class last week!

Maternity clothes: My wardrobe totally depends on the day.  If I am wearing jeans and a top, they are both maternity.  If I am wearing leggings and tunic topics, they aren’t.  I’ve also been throwing in some maternity dresses here and there when the weather has been nice enough.

I’ve also decided I really need to invest in some decent pairs of Summer tennis shoes because flip-flops and sandals are just not going to cut it this year.  That and I still need to find/buy a maternity dress for my maternity pictures.  Any suggestions?

Belly button: Still very much OUT.

Sleep: I really cannot complain too much about my sleep right now.  I am still waking up an average of three times a night to pee.  And my hips are definitely uncomfortable from all the weight while laying on my sides.  I feel like my insomnia has improved, so that is a huge plus.  I am, however, pretty exhausted during the day even when I get nine hours of sleep at night.  I guess this just means I need to start napping more.

Food cravings/aversions: I honestly cannot say I have a ton of major cravings at this point, other than maybe cantaloupe (though that might just be because I always love cantaloupe).  This past week I have also really been loving gluten-free bagels, especially when toasted and topped with chickpea salad.  Most of my food aversions are gone, though I still cannot get on board with red pizza sauce.  Last week I also discovered that jalapenos are a major no-no.  Holy heartburn!  I really should have known better about that one.

Symptoms: A couple of weeks back I had nausea two mornings in a row.  I was convinced that my morning sickness was coming back, which I was definitely not thrilled about.  However, that has pretty much subsided.  Let’s hope it stays that way!  Other than the jalapeno-induced heartburn, I honestly have to say that it hasn’t been too bad.  Either that, or my body has just sort of become used to acid reflux over the years.

My absolute biggest complaint over the past week has been feeling like I have to pee constantly.  And I mean constantly.  I even got checked for a UTI, which came back negative.  I also enjoyed the extreme pleasure of a post-void residual urine test.  I’ll spare you the details, but it involves a catheter and is not fun. So with no answers, I apparently just have to accept the fact that baby loves sitting on my bladder at all times.  I’m also quite convinced that since I have had bladder issues for about half of my life, that probably is not helping the situation.

Movement: It feels like baby is moving more and more, but I’m probably just feeling it more as it grows in size.  I can feel major body parts on the outside, see the crazy movements baby is making, and I get kicked in my right hip/side quite frequently, especially when I’m lying down on that side.  As a result, I’ve been sleeping on my left side a lot more.  Baby has also been hiccuping, usually at least once per day.

Labor signs: None yet… thank goodness!

What I miss: Honestly not much.  Essentially just not having to pee every five seconds.  Is that too much to ask?!

What I’m loving: I am loving that we have the nursery all painted and the crib assembled.  I am looking forward to getting the rest of the nursery assembled over the coming weeks.  I love that we are doing more preparation for baby, including attending an infant safety/CPR class last week and a breastfeeding class this week.  We’ve also been reading some birthing books.

I’m also looking forward to my baby shower next weekend.  It is hard to believe it is already almost here!  Jeremy and I will also be meeting with one of our doulas next week to write our birth plan.  I feel like so many things are finally coming together!

Previous post: Things I Want to Tell Every College-Aged Woman