You may remember from my Healthy Living Summit 2013 review posts that one of the awesome sponsors of the conference was Ninja Kitchen.  And when I referred to them as awesome, I wasn’t messing around.  Ninja has a brand new blender that just hit the stores recently, and they offered to send me my very own to try out at home.  Would I like to review this product?!?  Um, yes please!!  I swear, from the moment that I knew my blender had been shipped, I was dreaming of all sorts of yummy smoothies, nut butters, soups, and treats that I could make.  The possibilities seemed endless.  And, my friends, I am here to tell you that they really are.  Get excited about this one!

The Ninja Ultima Blender is said to be comparable to a Vitamix blender.  If you know anything about the Vitamix, you know that they are a pretty powerful (and expensive!) system.  At first, I was a bit skeptical as to whether or not the Ninja Ultima would live up to the performance of the Vitamix, but when I read about the specs of this system and tried it out for myself, I was convinced.

So, how does the blender perform and what have I made with it?  Let’s take a look!

The first thing that I made with my blender was a Green Monster Smoothie.  This was my first time making a “green” smoothie and I was a little nervous, but mostly excited!  The results?:

Isn’t she pretty?  Okay, so many it doesn’t look that tasty, but trust me when I say that it was absolutely delicious!  Here is what my smoothie included:

All I did was combine all of the ingredients into the blender, pressed the “pulse” button a few times, and then set the blender on speed “5” for approximately 25 to 30 seconds.

This smoothie was seriously SO good!  You could not taste the spinach at all, as the sweetness of the fruit and the flavor of the Vega One really stood out.  I got in protein, veggies, and fruit all at the same time with this smoothie.  This smoothie was also incredibly smooth, thanks to the Ninja Ultima.  Most regular blenders would never be able to emulsify the ingredients in the way that the Ninja did, but it was thick, creamy, and downright delicious.

The next thing that I wanted to tackle with the Ninja Ultima Blender was their Sweet Red Pepper Spread.  I tried this at the Healthy Living Summit and loved it, so I knew that I had to make it at home. 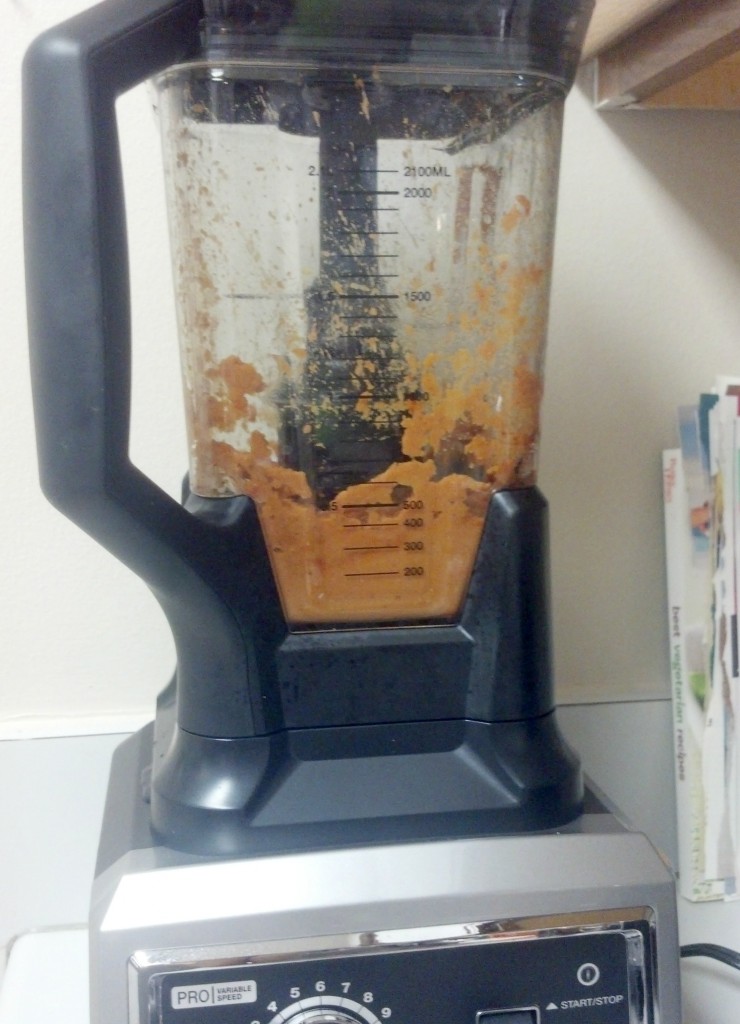 I threw the following ingredients into the Ninja (recipe courtesy of Ninja Kitchen):

Using the top blade in the blender, I turned the Ultima on to speed “3” and increased it up to “8” for about 45 seconds total.  I scraped the sides of the blender once halfway through and this was the result: 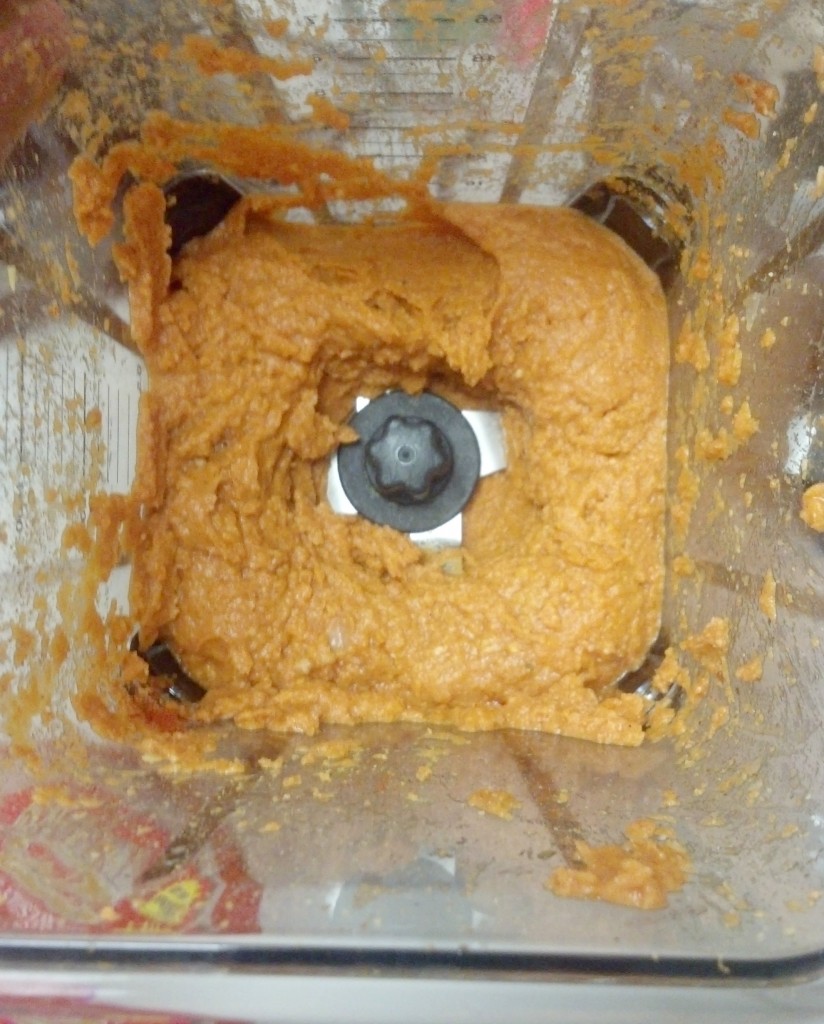 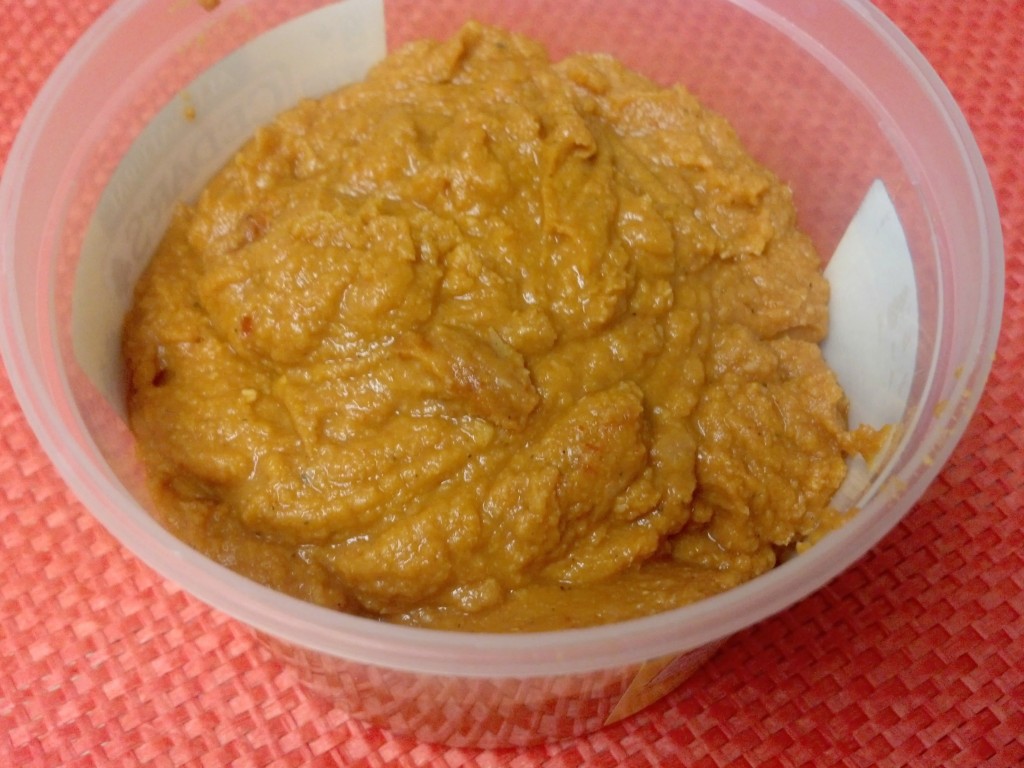 I dipped all sorts of yummy vegetables into this and also spread it on my veggie wraps throughout the week.  Oh, and this one is co-worker approved, too! 😉

And finally, as seen in last Friday’s post, I made Robyn’s split pea soup.  Robyn’s recipe directions include blending a third of the soup mixture in order to thicken it up.  I used the Ninja Ultimate for this step and it worked beautifully. 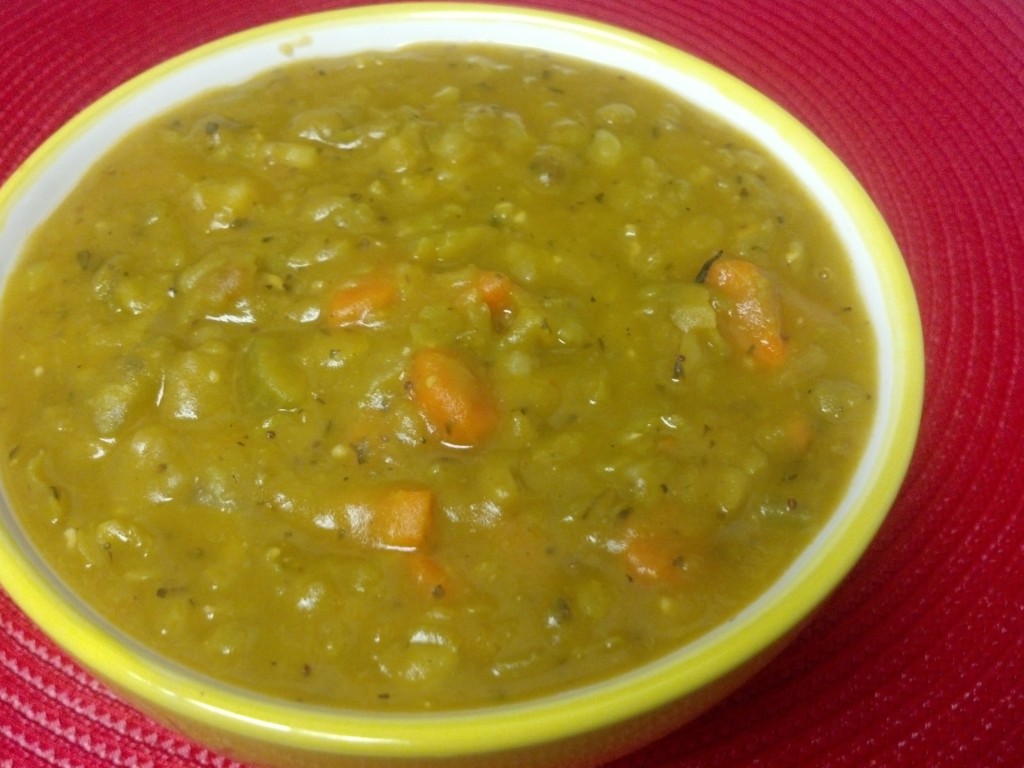 So far I have tackled smoothies, dips, and soups in the Ninja Ultima.  I cannot wait to keep trying new things in my new favorite kitchen appliance.  I expect to make a lot more smoothies and soups, and I absolutely cannot wait to try making salsa, nut butters, and milk shakes.  I am certainly starting to think that the possibilities are endless!

My next project?  Trying to convince my parents that they need to buy one of these!  What do you think mom and dad?  Are you sold yet? 😉

{Disclaimer: I was provided with the Ninja Ultima Blender by Ninja Kitchen for my review, but all thoughts and opinions are my own.}