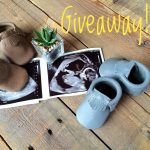 Four weeks have quickly passed and it is time for another pregnancy update!  This time we are recapping weeks 23 through 26.  Oh, and I am hosting a fun giveaway that you can get all of the deets for at the end of this post! This week, baby is the size of a: hothouse cucumber (or approximately [...] 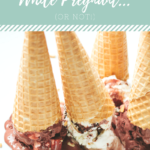 My thoughts on eating Paleo while pregnant... or not!  Hint: this is not going to be a "how to eat Paleo while pregnant" post. Before I got pregnant in October, some might say I was following one of the healthiest possible diets for my body (emphasis on my body).  I chose foods based on the Paleo [...]

To the Woman with Morning Sickness 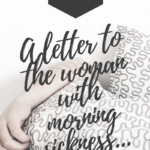 A letter to the woman with morning sickness, First of all, congratulations!  You're pregnant!  That's pretty darn amazing, awesome, wonderful, and beautiful.  I think we sometimes forget that part when we are in the thick of things with "morning" sickness <-- I use quotations because obviously we know it doesn't just occur at the beginning [...]

March 12, 2017 in Other with: pregnancy, pregnancy update, second trimester 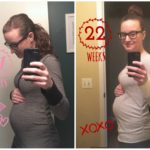 And just like that we are at the 22 week pregnancy update!  Time is flying (especially since I am actually 22 weeks and three days today). A lot has happened over the last month.  The body is changing, baby is growing and making his or her presence known, and we have been checking things off of [...] 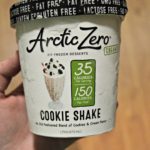 Now that I am nearly 20 weeks pregnant, I am happy to say that my days of nausea are basically gone.  But those darn food aversions have still been sticking around!  I think they are getting a wee bit better, but what remains has made my desire to cook pretty minimal.  And very little cooking [...]

February 12, 2017 in Other with: pregnancy, pregnancy update, second trimester 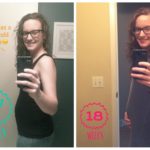 Eek!  It's my 18 week pregnancy update already.  Kind of crazy, right? I feel as though the first trimester absolutely drug on forever and ever.  Probably for two main reasons: 1) I felt terrible, and 2) very few people knew I was pregnant so I had to hide my excitement.  But now that the second [...] 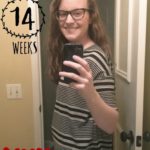 In case you missed it, on Tuesday I shared that Jeremy and I are expecting our first little babe.  To say we are excited would be an understatement! In an effort to get everyone all caught up to speed, I'm sharing a recap of the first trimester through a question and answer format.  Some of [...]

January 17, 2017 in Other with: first trimester, pregnancy, pregnancy announcement 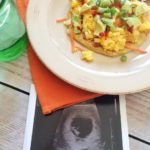 Hello?  Is this thing on?  Lord, I hope some of you are still around and have stuck with me through the silence these past two months!  Other than one Friday Favorites post in December, it has literally been that.  Silent.  A silent blog.  Silent social media accounts.  Heck, I wasn't even approving/responding to comments! But [...]